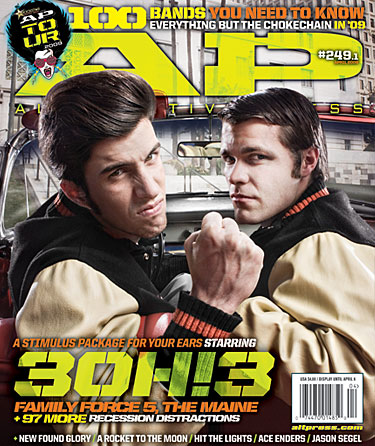 The independently owned AP consistently ranks second in book-store sales, behind Rolling Stone, above Paste and far beyond Spin. It doesn’t have the size or cachet of Rolling Stone or Spin, but it has the best track record for breaking bands, especially since the millennium turned. It has single handedly owned the Warped Tour generation and has served as other mags’ tip sheet, breaking bands like Fall Out Boy and My Chemical Romance. In the late ’80s, AP also caught the alternative wave before there was a word for it. The magazine even got hip to Metallica relatively early — the band graced the last gatefold cover in 1988.