Cleveland Council is back snug in their chairs at City Hall after a trip to Chicago on Tuesday to witness the prowess of Merchandise Mart Properties Inc. and maybe decide to hand over the Mall B and C property to the county for a pack of smokes and some moist towelettes. The company’s boxy, 26-floor Merchandise Mart, selling a myriad of household items, was the focus of the tour — a medical-field version of which the company is angling to build here for half-billion of our dollars. 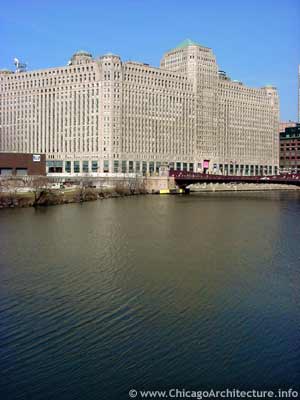 “Learning about convention center operations while viewing the variety of convention space at the Merchandise Mart, Navy Pier and McCormack Place has definitely increased my comfort level,” said Council President Martin Sweeney upon return Wednesday in a nothing-but-erect press statement. “When deliberations on this project come to Council, we will be able to use the knowledge we gained to better assess what is presented to us.”

Council Members saw how the Merchandise Mart — which looks strangely like a bigger and even boxier version of the ass-end of Tower City — catalyzed a healthy patch of re-growth in downtown Chicago. Then they took a stroll through the city’s iconic Millennium Park to illustrate how Cleveland’s Mall site can retain its view of the lakefront while undergoing a revamp for a convention center in the bowels below. Hallelujah! Praise Sales Tax!

After Council’s Aviation Committee meeting on Wednesday, Council Majority Whip Kevin Kelley was all aflutter about the possibilities; he said 40,000 residents had moved to within a mile of Chicago’s Navy Pier after MMPI’s extensive revamps there. He’s hoping for a little mojo like that here, regardless of how MMPI will keep all the profits from the deal and secured the work through close family ties with County Commissioner Tim Hagan, rather than the messier process of competitive bidding.

“[MMPI President] Chris Kennedy is right: Nobody is knocking at our door,” says Kelley. “We’re in a position where, even if there’s some risks, we have to take them. Now is the time to throw some long passes. And unlike with [developer] Scott Wolstein, and how he spoke up during the site selection to put his hat into the ring, there’s nobody else aggressively saying to us, ‘Hey, we can do the same thing and we can do it better.’ We’ve got Chris Kennedy.”

More precisely, Chris Kennedy has got us. Can’t wait to see how grand MMPI’s new digs are going to be on Cleveland’s dime. — Dan Harkins