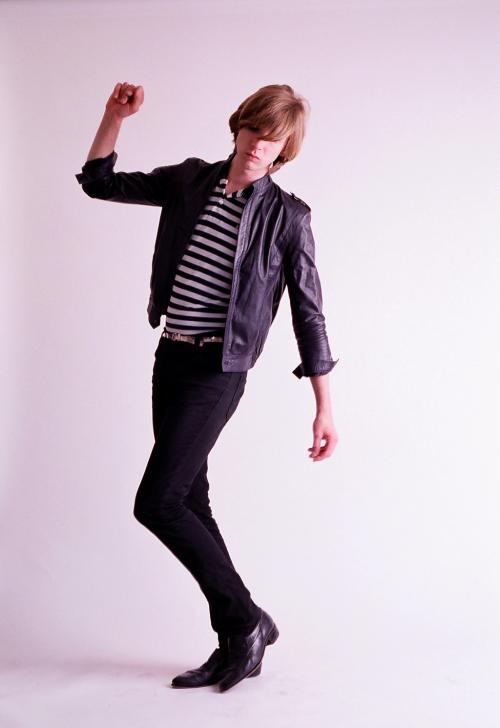 Singer-songwriter Jeremy Jay plays the Beachland Tavern tomorrow night. His publicist sent out an e-mail blast that read: “If you haven't checked [Jay’s] Jonathan Richman-like melodies out live yet, you should. He's the best.” On that recommendation, I downloaded the new album, Slow Dance, and gave it a whirl and found out, yep, the guy does sound like Richman. He’s got the nasally, constipated vocals and a charming, boyish quality too. But tell that to Jay and it’s like you slapped him across the face.

“Well, have you heard the record?” he bristles during our interview. “That’s totally not true. I love that and everything, but it’s not what it is. That’s OK. People say what they say and do what they do. I don’t mind. Anyone who heard the record would know that. A lot of writers, they don’t listen to the music and just say what the other person said. That’s how the word gets passed around. Like Jens Lenkman or whoever else they say I sound like. It’s just not true. If they say that, they didn’t hear it.”

In the pre-Internet days, many music journalists did make hasty conclusions without actually putting the record on the turntable. But these days, it’s likely that most writers give artists like Jay at least a quick listen, even if it just means going to a MySpace site to stream a few tunes. If they did, they’d hear a guy who writes eloquently about walks to the pier (“In This Lonely Town”) and horseback riding (“Gallop”) with all the child-like glee of a Modern Lover.

Jay — who started performing with just an acoustic guitar when he was in high school in Northern California (Monterey, to be exact) — recorded both Slow Dance and his debut, A Place Where We Could Go, at Dub Narcotic Studios with Beat Happening’s Calvin Johnson. That makes sense, since there’s sonic similarity between Jay and those great Beat Happening albums.

“They have great reverbs and delays there,” Jay says of Johnson’s studio. “Plus, I like recording with Calvin. It just works. It’s right.”

While the Richman comparison didn’t go over so well, Jay admits that movies have had an influence on his appreciation for narrative structures. “Films are inspiring because they’re life stories or at least they touch on your emotions,” he says. “They involve stories and dynamics and people and they’re taken from life. Anything is a story, whether it’s true or fiction. It’s a complete human thing. That’s what I’m inspired by. That’s what I hope the records are. The complete human experience is the important thing; it’s just about capturing a bigger picture.”

Jay, who splits his time between Los Angeles and Paris (France, that is), says he’s looking forward to playing the Beachland again.

“Last time I played there, I met a great new friend in Cleveland that I still know,” he says. “We had a blast at the last show and played with the band Film School. I’m wearing my T-shirt from [the Collinwood-based record shop] Music Saves right now. It’s my only actual T-shirt. When I’m driving, I wear comfy thing. I don’t normally wear T-shirts.”