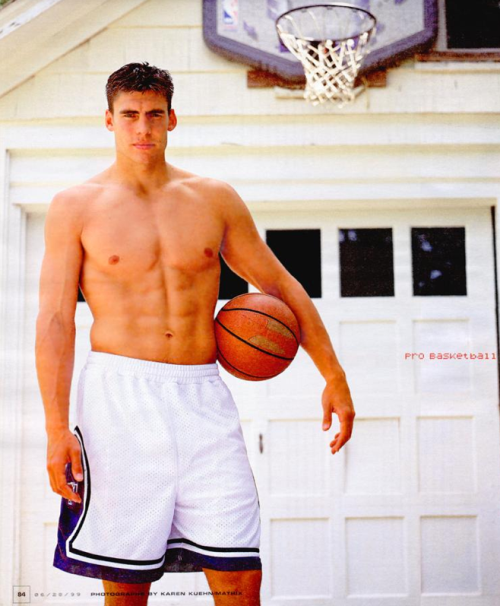 I don't want to be too hard on Woody Paige for pining for Wally World in a column today. Now's the time of the NBA offseason where teams stock up on complimentary pieces, and for someone, Wally would serve just that function. To what degree or success would have to be seen.

Cavs fans saw that last year. The results? Not good. Wally World lost about 17 steps of the 15 he had to begin with.

What follows are excerpts from Woody's column. Some are taken out of context, but really, his stuff doesn't make sense when it's in context, so don't worry too much about that.

But Szczerbiak (a tough name to keep typing) has averaged 19 (2006) and 18.7 (2002), and was scoring 13.1 points per game two years ago before being traded to Cleveland, where his shots were reduced because of the presence of King James.

And his shots wouldn't be reduced on a team with Carmelo Anthony? And, by the way, thanks for telling us you find it difficult to type Szczerbiak a couple of times. Also, 2006 was three years ago. 2002 was seven years ago. Woody, you think his averages are going to climb now that he's severely over the hill?

I'm reminded of Julian Tavarez's quote about joining the Nationals this year. Something about 3 a.m. and drunk and a girl looking better.

Of course, the signing of Szczerbiak wouldn't be the solution to catching the Lakers or holding off the Spurs, the Trailblazers and several improving Western teams.

No, that would take signing exactly five Wally Szczerbiaks. A team full of them would be a huge improvement.

But they need to add three players to reach the league-mandated 13 — Szczerbiak is one.

He is just one man, but he also has better hair than any other person you could sign this year. So, there's that.