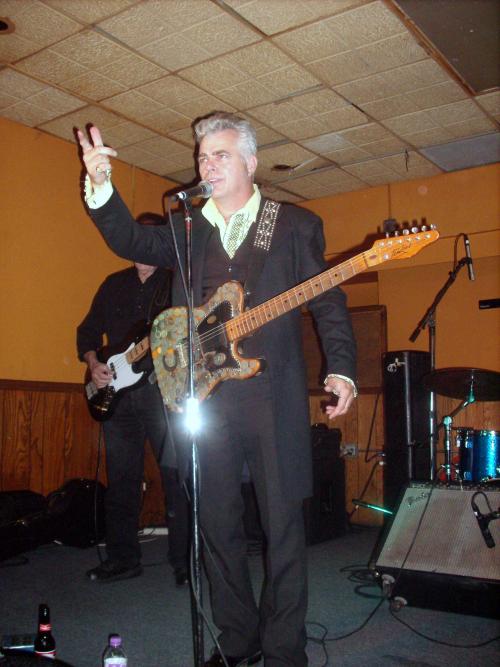 August heat and humidity notwithstanding, Austin-based honky-tonk singer-guitarist Dale Watson was his dapper self last night as he played to a packed Beachland Tavern.

His graying pompadour meticulously coiffed, Watson wore a black suit that looked like it would be suffocating on anyone else. But Watson, whose career began back in the late ’70s, is a real pro and didn’t look the least bit uncomfortable.

Performing two 90-minute sets (with a 20-minute intermission), Watson took audience requests for tunes like “Longhorn Suburban,” a track about the vehicle in which he used to tour (“We miss it sometimes but not much,” he said by way of introduction) and the Johnny Cash-like ballad “From the Cradle to the Grave,” a song he said would “throw an emotion on you.”

After taking a break to sign CDs and posters (plus down a few shots of whiskey and scotch), Watson was much looser for the show’s second half, though his deep voice sounded just as sharp. He invited Michigan-based singer-songwriter Whitey Morgan and the 78s up and gave them the stage while he slow-danced with an audience member.

He talked about his bad habits (“some people drink to forget; I drink to remember”) and engaged the hecklers in the back of the room. All the while, his four-piece band (which included a lap steel player from Lorain) hummed along flawlessly, whipping out Merle Haggard and Lefty Frizzell covers like they were his. —Jeff Niesel