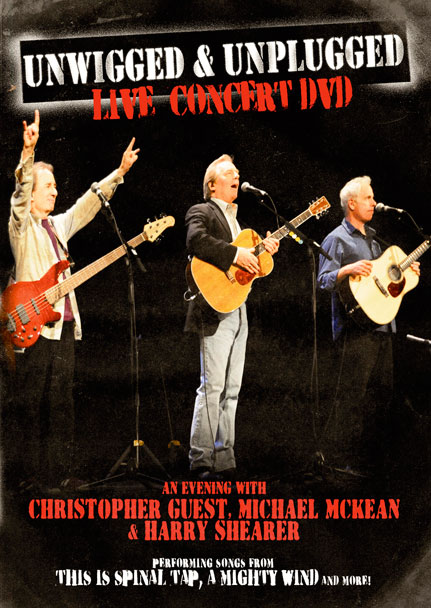 Earlier this year, Spinal Tap’s three original members (Christopher Guest, Michael McKean and Harry Shearer) appeared at the Ohio Theatre just to prove they’re still funny after all these years. Calling the show “Unwigged and Unplugged,” they revisited many of the best-known Spinal Tap tunes, including “Stonehenge,” “Bitch School” and “Hell Hole.” But the unplugged format also let them perform “Corn Wine,” “Old Joe’s Place” and “Loco Man,” all of which are by the Folksmen, the fictitious group the actors portrayed in the 2003 movie A Mighty Wind. A much different beast than Spinal Tap, “Unwigged and Unplugged” allowed the guys to include music from their entire repertoire (including tunes by the Thamesmen, the fake classic-rock act that preceded Spinal Tap). Stripped-down versions of Tap tunes such as “Big Bottom” and “The Majesty of Rock” sounded fine without all the heavy-metal bombast. A DVD of a concert from that tour has just been released, and Harry Shearer phoned in to talk about it. Here’s what he had to say.

How difficult was it to adapt the Spinal Tap songs to an “unplugged” format?
Well, it depended on the song. Some of them we threw out. Obviously, the Folksmen songs were easier to adapt. Some we ended up doing roughly the same way, like “Heavy Duty.” And some we did drastically differently, like “Big Bottom.” We spent six weeks rehearsing.