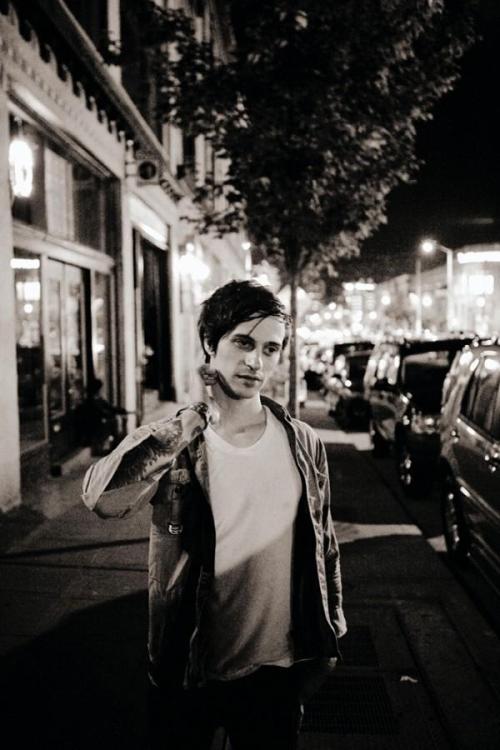 There were hipsters everywhere last night at Musica. The Honorary Title — which on their current tour is made up of founder and frontman Jarrod Gorbel and his guitar — haven’t taken the stage, but people clad in skinny jeans and Converses are taking over the Akron venue.

Openers Long Time No See played the usual edgy pop band like this play. Their singer looked like a shorter version of Bradley Cooper with hipster hair. They were followed by Cory Branan. With his staccato guitar riffs and biting lyrics about the prettiest waitress in Memphis, the Mississippi native won over the audience, before Good Old War took the stage. They sounded like a mix of country, retro and Tegan & Sara. Their songs were catchy but not campy, endearing but not sappy. It was the only time I wanted an opening band I never heard of to keep playing.

Then Gorbel took the stage, dressed in a fedora, skinny jeans and a leather jacket — pretty much looking like just another hipster. He opened with an extended version of “Frame by Frame” sung in his signature throaty tone. He enlisted the opening acts on several songs. Branan sang on “Far More,” and the Good Old War backed him up on “Untouched and Intact,” an upbeat rocker from the Honorary Title’s second album, Scream and Light Up the Sky. The impromptu band played two new songs, including “10 Years Older,” the title track from Gorbel’s new tour EP. Their set ended with “Bridge and Tunnel,” the Honorary Title’s first single.

Solo once again, Gorbel sang the amusing, hip-hoppy “Cut Short.” He returned to a somber state for his last songs, reliving the past as he sang the raw “Revealing Too Much.” Before ending with fan favorite “Everything I Once Had,” Gorbel said, “You may be wondering where the rest of the band is. I am too. Apparently I’m hard to get along with.”

He assured the crowd he was only joking. But he told us the Honorary Title was breaking up after the tour. Considering Gorbel is the backbone of the band and all the music is about his life, fans probably won’t mind if it’s just Jarrod from now on. —Brittany Moseley