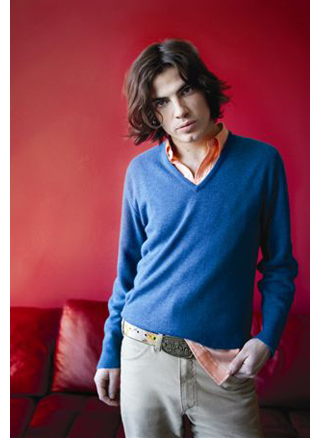 While the peripatetic Clarence Bucaro hasn’t lived in Northeast Ohio since the early 2000s, it’s not hard to think of him as one of ours, since he grew up and established his musical credentials here.

He released his debut CD, 2002’s Sweet Corn, right about the time he left town. He spent a couple of years touring around the U.S. and Europe, moved first to Los Angeles and then New York. In 2004, he settled in New Orleans, where he’d recorded his sophomore album, Sense of Light, the year before. ’Til Spring followed in 2008.

The 10 tracks, including the airy “Let Me Let Go of You” and the delicately melancholy “Light in Your Eyes,” continue in the folk-blues vein Bucaro has already established and offer a strong showcase for his light, tender but sharp-edged vocals. His bio compares him to Jackson Browne and Van Morrison, and he splits the difference: earthier and more forceful than Browne, sweeter and less raw than Morrison.

Bucaro doesn’t have a tour date scheduled in Cleveland. But if you have some frequent flyer miles and a penchant to visit the most beautiful city in America, he’s doing a CD-release party at Clever Wine Bar in New Orleans’ Mid-City neighborhood on Thursday. —Anastasia Pantsios