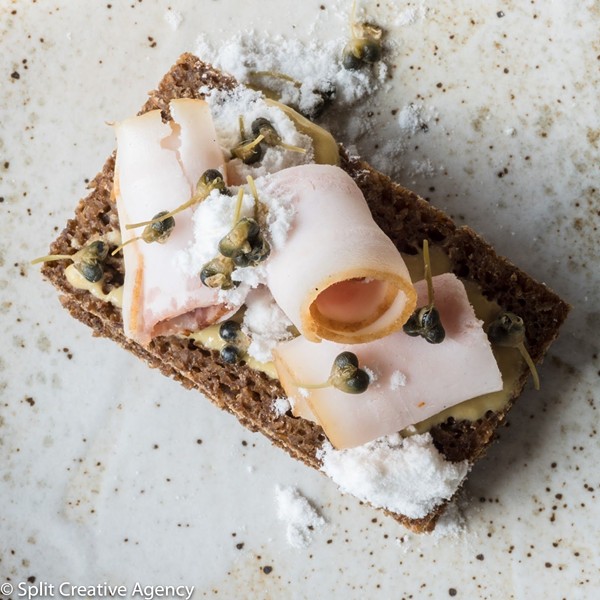 A zakuski spread can be as simple as a platter of bread, pickles and creamed herring or as lavish as a wide tin of the best Beluga caviar, but it always contains copious amounts of crisp, cold vodka.

Both Ushabu chef de cuisine Oleh Holowatyj and South Side chef Natasha Pogrebinsky are Ukrainian, and they share a deep fondness for Eastern European food and culture. So the idea of throwing a seasonal smorgasbord of Russian hot and cold small plates just sounded like a great idea.

Diners who attend the event will enjoy 15 contemporary small plates that range from pork fat with Russian mustard and pickled ramp seeds on black bread to potato pancakes with cultured butter, birch syrup and whitefish roe. Studinetz, a Ukrainian delicacy of jellied pork hocks, will be presented as pork pate with carrot, dill, mint and buckwheat honey.

Included in the price are four cocktail pairings provided by Will Hollingsworth of The Spotted Owl.

“Oleh’s talent is undeniable,” says executive chef Matthew Spinner. “And Natasha is killing it at the South Side. Plus, she and Oleh both grew up in Parma together, so it seemed like a natural fit. This is the only zakuski experience in and around Cleveland, and we think it’s really fun to facilitate a concept that's so foreign to our space."

The event begins at 6 p.m. Tickets are $150 and available for purchase here.