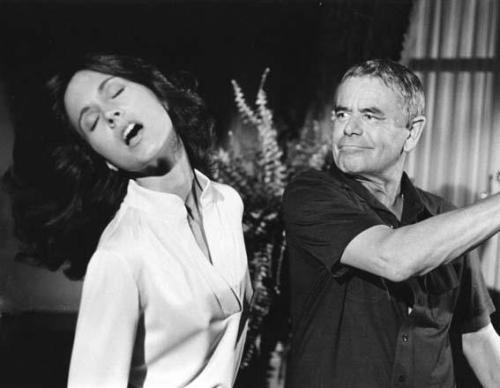 Noted rock writer Ann Powers, currently the main pop-music critic for The Los Angeles Times, wrote in that paper some of her thoughts about the Rock and Roll Hall of Fame and its recent 25th-anniversary concerts in New York (of course!). Naturally, she engages in the popular sport of complaining about who was onstage and who wasn’t. “Where’s the hip-hop? The disco? The funk? The punk? Why no Latin music?” she complains.

But she accurately nails the Rock Hall as a “kind of counter-cultural Friars Club, in which the titans of the post-Elvis and Little Richard era fete each other at black-tie dinners.” She’s clearly endured a few too many of those induction speeches by industry honorees, name-checking every record-label exec they ever crossed paths with and telling an anecdote about most of them.

And then she tackles the knotty and endlessly debated issue of what a Rock and Roll Hall of Fame is supposed to be anyway — the shifting balance of the importance of personal ties to zeitgeist trends, the battle for “authenticity” and whether that really matters in the end, and, as she puts it “the idea that pop music could support an elite at all.”

She quotes former Rock Hall education director Bob Santelli as saying, “The curatorial team attempted to build a rock and roll historiography, one that would create a basic foundation from which future discourse on the music could be launched,” adding, “He was using curatorial lingo to say something Rock Hall haters should be happy to acknowledge: At least since it took on the larger project of archiving and interpreting pop history since the rock era, this is an institution whose primary purpose is to cause arguments.

There’s much more. Here’s the link if you’d like to go argue with her. —Anastasia Pantsios