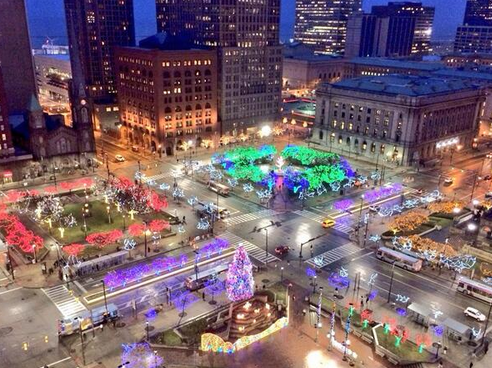 Forbes released a study today on the best cities for jobs in 2018. Concentrating on the 71 most populated cities, each ranking was determined by job growth, potential, migration, population growth and cost of living. Cleveland came in dead last, even beaten out by the so-called 61st worst city for jobs, Detroit.

This is a massive decline from two years ago where Glassdoor ranked Cleveland as the 15th best city for jobs. While Forbes and Glassdoor admittedly have different approaches to what determines the "best city," the fact that Forbes has a longstanding history of well researched, documented and cited data leads us to believe that Cleveland may be in some serious trouble.

In 2017, Forbes also reported on the slow rise in employment rates throughout Ohio in general. Three Ohio cities tied with New Orleans for the lowest employment outlook, with Youngstown, Akron and Dayton all looking at only 5% increases in hiring.

Forbes' research shows that metropolitan areas in the South and on the West Coast are bringing more employers than anywhere else, and the Rust Belt is continuing to suffer. Cleveland may have come in dead last, but we're in similar company alongside Pittsburgh in 58th, St. Louis in 62nd and Milwaukee in 66th.

Then again, Forbes also called Cleveland "America's Hottest City" in 2016, but currently lists us as the 101st out of 200 best cities for business and careers. It's difficult to tell which ranking we should actually care about, considering quick research shows that Forbes has consistently had mixed opinions about The Land.

We're either the worst, or the best, which just further proves that it's Cleveland against the world.