AoDK Architecture
In Austin, Texas, many prime downtown property sites are developed not as locations for yet another fast food restaurant, but as food trailer parks, where a variety of independent food trucks are assembled in one spot for fun and convenience. Invariably, the popular, laid back attractions are outfitted with picnic tables, umbrellas and trees that twinkle with string lights.

That arrangement looked so appealing to Justin Costanzo that he set about recreating it – at least in spirit – in his hometown. To assist him with the process, he brought in his longtime boss, mentor and friend Dan Deagan as a consultant. Deagan, of course, is the owner of Deagan's Kitchen & Bar and Humble Wine Bar, both in Lakewood.

“We had seen the concept in Texas, and loved the community feel of it,” Costanzo explains. “The idea was to do something similar but to make it nicer.”

If all goes according to plan, Lakewood Truck Park, as it is presently called, will take shape at the corner of Detroit and Edwards avenues. The 19,000-square-foot lot, which is owned by someone else, has been vacant for the past four or five years, notes Costanzo.

As the plans stand now, the development would include two distinct but attached buildings and a large courtyard. The smaller structure would house an indoor bar, restrooms, walk-in coolers, office space and storage. The larger structure will be a “four-seasons” room that opens up on every side. The sides that face the courtyard would open up all the way to the ground, while the sides that abut Detroit and Edwards would open up to knee-wall height.

“Being able to open up every side will give us great air circulation in summer,” says Costanzo. “And the plan is to try and have the outside open as close to 365 days a year it as possible.”

They’ll facilitate that with fire pits, heaters and bourbon.

Roughly three to four food trucks would park directly on the property as opposed to on city streets. Those trucks would likely change daily, says Costanzo.

“We liked the idea of having a rotating schedule of food trucks because your menu is changing every single day,” he says.

Other ideas include having various ice cream providers setup shop on a weekly or monthly basis during summer offering a lineup of sweet treats, frozen drinks and bourbon milkshakes. In the dead of winter when fewer food trucks are rolling, an operator can move indoors to provide a limited menu.

As for capacity, right now it’s looking like 35 seats in the main bar, 100 in the larger space, 100 outdoors on the patio, and another 45 on a potential rooftop deck. Not shown on the architect’s renderings, notes Costanzo, are the mature trees that will be added both for shade and to keep down noise.

Plans have been submitted to the City of Lakewood Architectural Board of Review, but management is in no hurry for approval. In fact, they’ve asked for a deferral so that they can gather as much neighborhood feedback as possible.

“Lakewood is one of the most community driven suburbs around, with a lot of residential,” Costanzo says. “We’re asking for feedback from the community.”

Costanzo owns Grindstone Tap House in Berea and still works as GM of Dive Bar in the Warehouse District. It’s there – and Blind Pig, where he managed for 10 years – that he got to know bar and restaurant owner Dan Deagan.

“Dan has trained and mentored me for 14 years,” he says. “We have a long, friendly relationship. He even officiated at my wedding.”

The goal is to open in spring of 2019, hopefully in time for Saint Patrick's Day.

Check out the rest of the renderings: 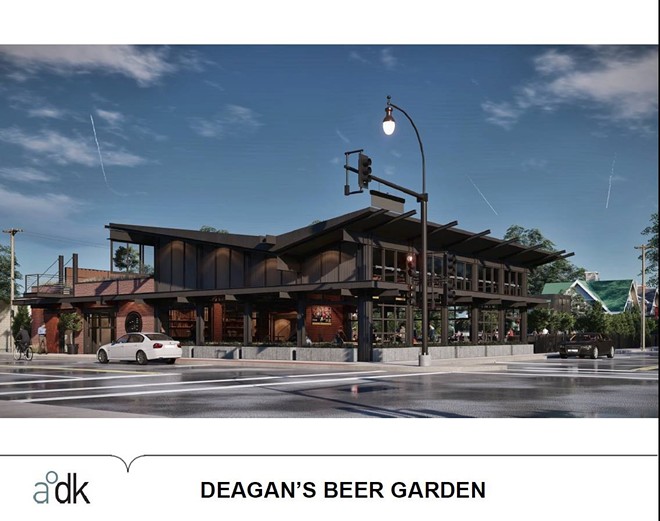 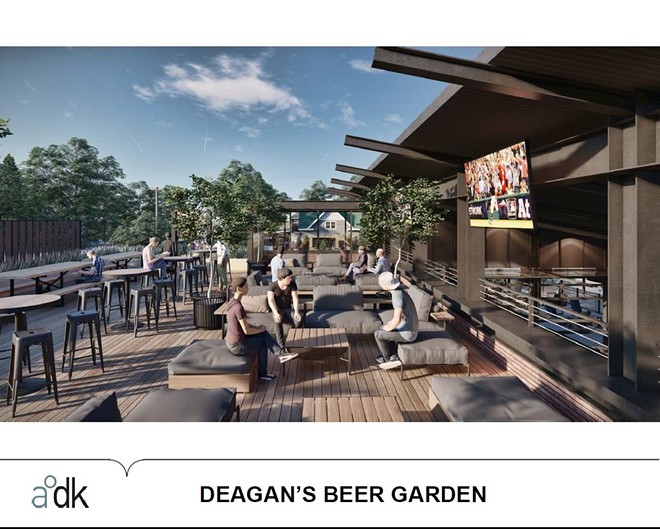 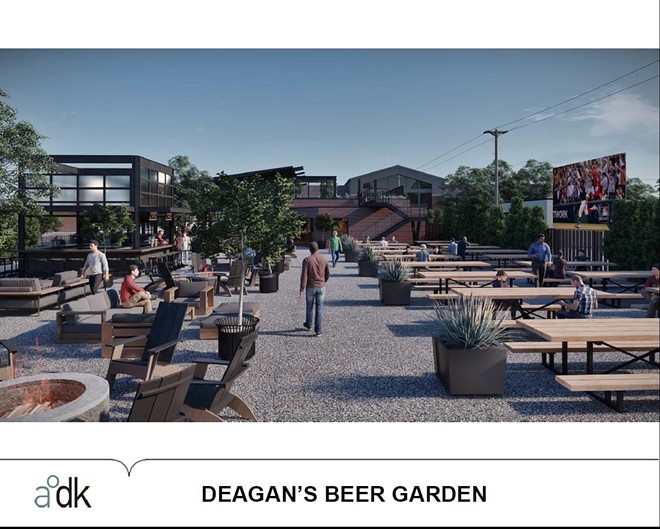 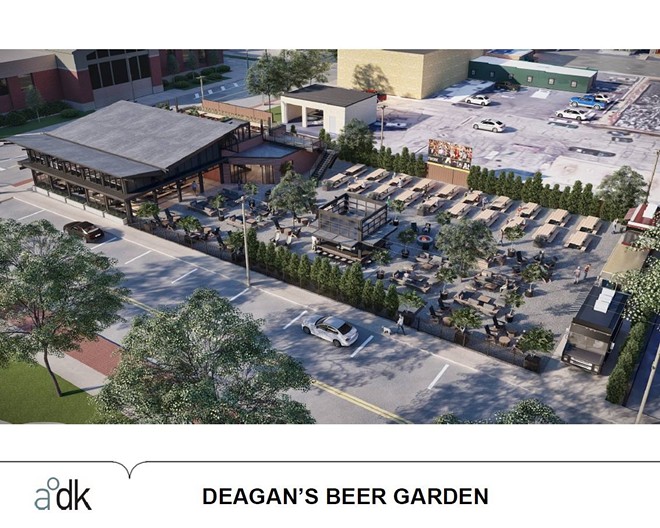 AoDK Architecture
Sign up for Scene's weekly newsletters to get the latest on the news, things to do and places to eat delivered right to your inbox.
© 2022 Cleveland Scene