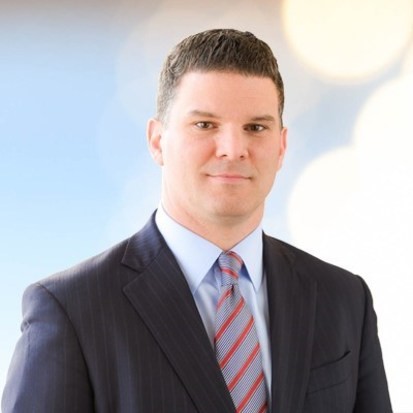 Pinnnnnnnnnnnnnney.
The svelte and close-cropped 42-year-old lawyer Jon J. Pinney presented a hotly anticipated apoca-speech to a sold-out crowd at the City Club of Cleveland earlier this month after several nights, he said, of fitful sleep.

This managing partner of Kohrman Jackson & Krantz, a self-described "somewhat fearless" and "know-it-all attorney" in the physical mold of Fox's Bret Baier, had reason to be stressed. He was doing something revolutionary. He was standing before a roomful of Cleveland leaders and daring to acknowledge that certain documented facts about the metropolitan statistical area were, in fact, facts.

Clad not in military fatigue jacket and ripped jeans but in pristinely lint-rolled Navy suit, Pinney was careful to emphasize how obsessive and rigorous he'd been in his data analysis. He knew well that his audience was packed to the gills with executives and luminaries who have been known to rapturously trumpet lists that celebrate Cleveland (Best Cities for a Romantic Getaway, for example) but who reflexively doubt or discredit those lists that question the renaissance narrative, (e.g., Forbes' Best Cities for Jobs, on which Cleveland was ranked 71st out of America's 71 most populous cities).

Titled "Dead Last," Pinney's forum was publicly hailed as a "stirring," "compelling," and "honest" account of the region's woes. And despite the dire conclusions about an economic development sector in disarray — gleaned chiefly from off-record conversations in the region's C-suites, and echoing leadership-vacuum stories in The Plain Dealer and Crain's — the speech was less a roast and more a call to action, a plea by an emerging leader to other emerging and established leaders to change the culture of leadership.

"We're going to challenge our leaders. We're going to inspire them," Pinney said, referencing a 'Grand Challenge' that he and the Leadership Cleveland class of 2018 plan to initiate. "We're going to push them and push them until we figure this out. We need to identify the root cause for failure. We want off these lists. It is time for new leaders to emerge or the existing leaders to lead."

To that end, Pinney said that "alignment" was necessary among economic development organizations. He said leaders should come together to innovate, collaborate and share data in order to grow population and jobs. Pinney took Cleveland's ranking "at or near the bottom," of recent lists, including the Forbes ranking referenced above, personally. Hence the forum's title.

Well, Pinney's campaign has evidently been a kick in the breech for civic elites. Pinney said he'd received far more calls and emails after a piece he wrote for Smart Business discussing this stuff than he did after Cleveland was awarded the RNC, the bid for which he co-wrote with Destination Cleveland's David Gilbert and others. (Among Pinney's many recent calls, reportedly, were those from nervous leaders who encouraged him to "tone down" his rhetoric.)

Articles parsing Pinney's message and columns from leaders enlisting in the alignment cause are ongoing. A front-page story in the most recent Crain's discussed the extent to which metrics and data sharing — two of Pinney's recommendations — could benefit the region. (Team NEO's Bill Koehler, whose organization compiles the relevant data primarily for the purposes of business attraction, told Crain's that he'd like to see "some organization, not his, take a lead role" in gathering and sharing info.)

But what can we make of Pinney's buzzed-about performance, a week or two removed?

The hubbub in the hours following his remarks — detectable even from across the country — had little to do with his message. No, Pinney had committed what was interpreted immediately as a serious faux pas. During his talk, he called out eight leaders of economic development organizations (broadly defined) by name and demanded that they be more assertive in their leadership. But the named leaders were all white men: Destination Cleveland's David Gilbert, the Metroparks' Brian Zimmerman, the Fund for our Economic Future's Brad Whitehead, Team NEO's Bill Koehler, University Circle's Chris Ronayne, JumpStart's Ray Leach, and Explorys founder-slash-tech dude Stephen McHale.

The first two comments in the City Club's Q&A addressed this oversight. How could Pinney be claiming to support inclusivity in his so-called alignment process, but only call on white guys to take charge? Pinney repeated through the Q&A that he "agreed 100-percent." He said the alignment process he was advocating must be inclusive. Absolutely. No question.

But Pinney should have known that the all-male list would appear thoughtless. And though he was on to something when he reminded his interlocutors that he had no involvement in the make-up of the region's current economic development leadership — it was the boards making those decisions — it looked like he was grasping.

Brad Whitehead, one of the eight named leaders, wrote in a follow-up blog post for the City Club — "Guilty as Charged" — that "there was a palpable, growing expectation (horror?) in the room that the list would end where it did." Whitehead suggested that the named leaders all nominate a non-white-male to lead on their behalf, and "to enable these emerging leaders by placing the full weight of our influence behind them."

(Whitehead is now on vacation. But in a brief email, he told Scene that he had two people he was ready to put forward in his place.)

This is certainly a nice symbolic gesture, but as yet I'm afraid I don't understand what it means. Among my big questions: What or whom are these alternate leaders leading?

Pinney argued that once a table exists, a broad spectrum of butts should be seated at its chairs, but at the moment there is no table. Or else there are far too many tables. Or, in any case, leaders aren't collaborating when they do meet at a table or tables. A lot of them are bickering and working duplicatively, or even at cross purposes. When asked by an audience member what specifically he'd propose to salve Cleveland's economic development wounds, Pinney answered that tactics ought to be considered later.

"You cannot start talking tactics until you create a different culture," he said, "and that is the ego-system versus the ecosystem."

But so the non-white-male emerging leaders that Brad Whitehead wants to place the full weight of his influence behind will be empowered to do what, then? Convene the economic development summit that Pinney has proposed? Take over their companies? Be more vocal about (or against?) the very leaders they're theoretically being empowered by?

It's kind of a topsy-turvy situation. And it seems pretty remote from the issues Pinney was attempting to address ... until you smack your forehead and recognize that the egos behind the rotten "ego-system" may be the very same white males, or ones like them (ahem: Joe Roman), whom Pinney invoked.

This can get really 12th-dimensional when you pause to consider that Whitehead's blog may have been a preemptive strike. Surely he couldn't be part of the ego-system if he was casting his ego aside to suggest putting forward others to lead on his behalf! This must be an example of the change in leadership culture that Pinney was talking about, not merely an effort mask it. Right??? But then again, Brad Whitehead's in charge of the Fund for our Economic Future, a key economic development agency, so shouldn't he be sitting at the table instead of dispatching a proxy? I MEAN IS HE SLOUGHING OFF HIS ALIGNMENT DUTIES OR WHAT?!?!

Later in the Q&A, MetroHealth's CEO Akram Boutros — he of the late $400,000 performance bonus — asked what he could do to help in Pinney's quest for strategic alignment. Pinney thanked Boutros for his leadership and told him that one thing he could do was speak up. Boutros followed through, penning a guest column for Cleveland.com that rehashed some of Pinney's suggestions in sunnier terms.

"To thrive as a region, we must make audacious plans," he wrote. "We need the next generation of leaders to set these courageous goals."

(In Pinney's terms, by way of contrast: There is no [economic development] ecosystem. There are no clear performance metrics. The culture is not collaborative. There is no table.)

For good measure, Boutros cited a few leaders of his own that he'd like to comprise the next generation and included two women: Progressive's Tricia Griffith and FiT Technologies' Michelle Tomallo. Like Pinney, Boutros also mentioned David Gilbert as an all-star emerging leader.

But the tone of Boutros' column — to say nothing of Whitehead's, the title of which, "Guilty as Charged," didn't refer to the charge by Pinney of poor leadership but the charge against Pinney of naming only white male leaders — got me thinking that this was all becoming a corporate exercise in anointing the next batch of civic beacons.

The old guard, the Albert Ratners and Jerry Sue Thorntons and Toby Cosgroves, are dying off or aging into feebleness. And so a new class of emerging leaders — "emerging" being the classification that denotes promising executives in their 40s and 50s — must be named and knighted for the cause.

But I guess I'm not convinced that curating an appropriately diverse list of emerging corporate leaders will organize the disarray and me-first attitudes of Cleveland's insular, business-friendly economic development community.

Maybe it can help, but the disparity problem as I understood it was not Pinney's failure to mention women or people of color in his personal list of economic development leaders, (though he might have considered NOACA's Grace Gaullucci, or the city of Cleveland's former Economic Development Director Tracy Nichols, who's now a private consultant, or even community development rock star Tim Tramble). The bigger disparity problem, surely, is that the leaders Pinney named really are the dominant players in the field, and their homogeneity is inconsistent, if not irreconcilable, with the ideas of collaboration and innovation. With few exceptions, it's still literally a white boys club.

But if Pinney and others are serious about changing the culture of leadership, of creating an ecosystem, not an egosystem, they'll take into account disparities in existing leadership alongside other egregious racial and economic disparities that have bedeviled the region for generations. If they put their heads together and find ways to make economic development more efficient and collaborative, terrific. But they sure don't need to waste their time convening a summit to identify the root cause of the region's failures.

And if Whitehead and the other seven leaders are in the mood for more symbolic gestures, they could do worse than releasing Cleveland's HQ2 bid, corralled by Team NEO and GCP. Not only would the failing bid's deficiencies provide a natural starting point for economic development discussions; its release would countervail against the non-collaborative, ego-systemic secrecy that Pinney condemned.
© 2022 Cleveland Scene