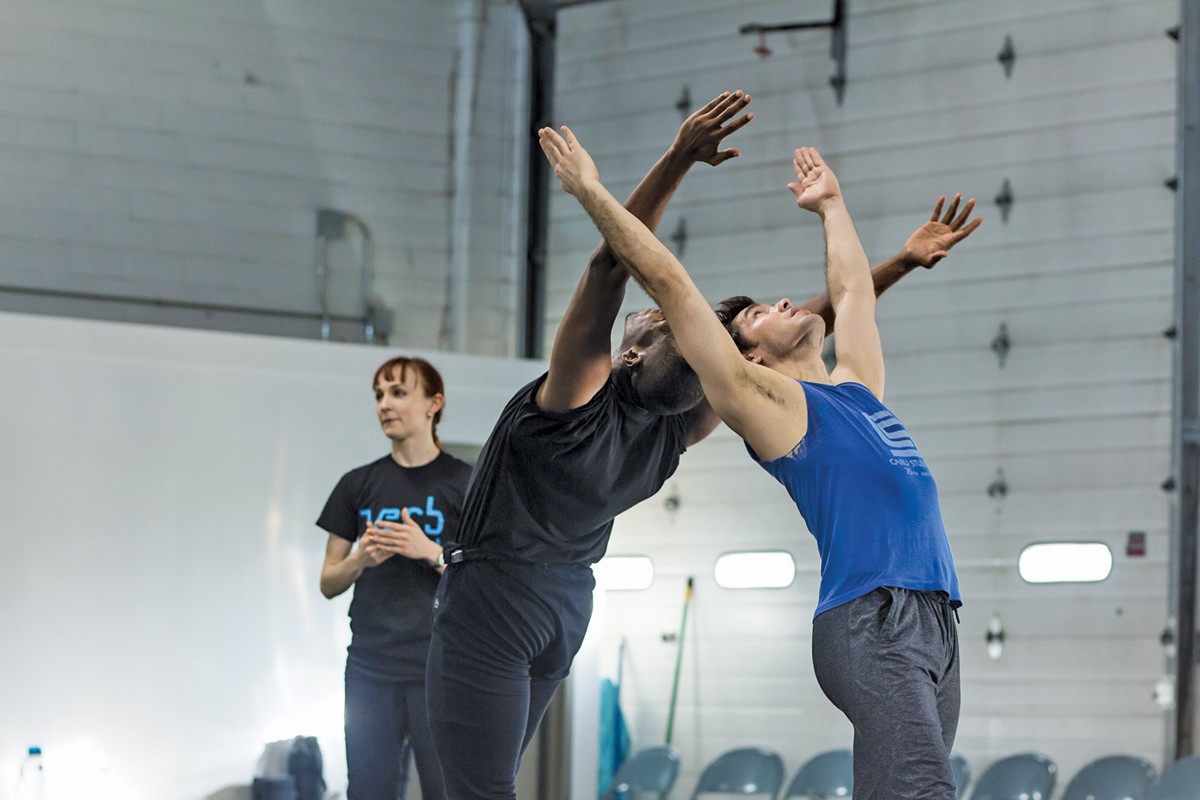 Photo by Liz Cooper
Dancers with Verb Ballets rehearse for a performance.

Seattle-based ballerina Margaret Mullin had never considered Cleveland as a hotbed for dance activity. That was until she learned about dancer Ian (Ernie) Horvath. For the past six years, the Pacific Northwest Ballet soloist has been working on a documentary about Horvath, the original Cleveland Ballet company co-founder who burned brightly on New York stages and died of AIDS in 1990.

Horvath had a profound effect on those in the Cleveland dance world, but his story, Mullin learned, has been much forgotten with time.

"I didn't ever see myself as a filmmaker. The whole move caught me by surprise," admits Mullin, who is making the film with dance documentarian Nel Shelby. "But once I learned about Ernie Horvath, I thought, 'How have I never heard of this person?' I can't know these things and not put them out in the world."

Two weeks ago Mullin flew to Cleveland to work with Verb Ballets, the city's modern ballet company, to help stage Horvath's final ballet called No Dominion (taken from the poem "And Death Shall Have No Dominion" by Dylan Thomas") that was originally choreographed for NYC's Jose Limon Dance Company. The work, along with Horvath's first ballet for Cleveland Ballet, "Laura's Women," is set to be performed by Verb Ballets on Feb. 9 in a special celebration of Horvath's life. Parts of the upcoming documentary will also be shown that night as well as new choreography by Kay Eichman created in honor of Horvath.

"Make them believe this is hard," Carlson says, slowly pushing her hands through the air, outstretching her arms.

They're working on the all-female piece "Laura's Women," which Carlson originally danced back in 1974 when she was just 21.

"This particular ballet is a work that has survived [Horvath] now," explains Carlson, producing artistic director for Verb and a founding Cleveland Ballet dancer, outside of rehearsal. "Over the years I've staged it on many different companies. One of those was Ballet Tucson. Maggie Mullin was a student there, she was too young to be in it then, but she would sit in the wings and she was taken by it."

Seeing the ballet as a child was Mullin's first introduction to Horvath's work, but she didn't remember who'd choreographed it until after calling up her old ballet company for the name. A recent recipient of a Princess Grace Award grant, she was looking for a ballet to film and thought of the piece. Never hearing of Horvath before, she started down a rabbit hole that eventually led to meeting Carlson and others in the old Cleveland Ballet sphere.

With the success of recent ballet documentaries, some of which have even been picked up by Hulu, Mullin is certain there's an audience for her soon-to-be finished operation. Right now, as with so much in the arts, the problems are all tied up in funding. She and her film partner plan to launch a short 40-minute documentary first that details the end of Horvath's life.

"We want to have a 90-minute film, but we also want it to be great," Mullin says. "It's such an important story to tell. I had anxiety that it's taking so long. Then I realized it's not going to be done quickly. You have to think, 'Do you want it done right or fast?' And I want it done right."

In the late 1980s, an AIDS diagnosis meant certain death. But Horvath, a former dancer for Joffrey Ballet and American Ballet Theater who had many friends with the same diagnosis, didn't go quietly into the night. In his final years, after he'd left Cleveland Ballet (which eventually folded in 2000) and was back in NYC, he worked to fight the stigma of the illness through dance, art performances and interviews.

Horvath's final ballet, No Dominion, the only one Carlson never saw in person, is an all-male piece about Horvath grappling with death. For everyone involved with the upcoming documentary and performance, bringing this subject matter to the public is a matter of remembering.

"Cleveland had a Clevelander who brought and built a major ballet company for Cleveland," Carlson says. "Even though it doesn't exist anymore, in its day it was the sixth-largest in the country. This all is a way of saying, 'Let's not forget what we had here and let's work to the future.'"