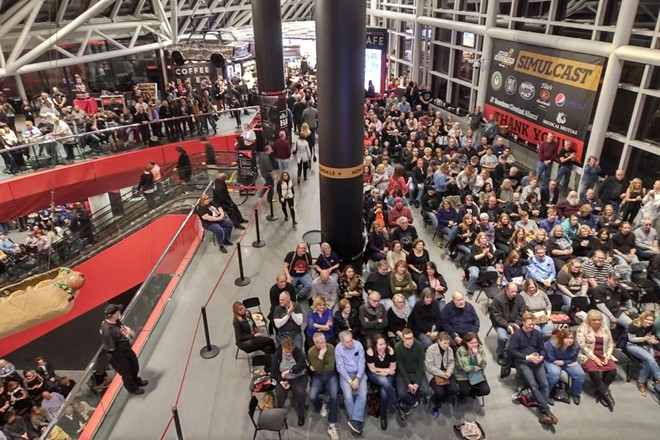 Photo by Emanuel Wallace
The 2019 Rock Hall induction ceremony is set to be simulcast once again at Cleveland's own Rock & Roll Hall of Fame on March 29, making it the only place other than New York (where the inductions will be held) that the event can be viewed live and uncensored.

In addition to viewing the whole simulcast, ticket holders get access to all the Rock Hall's exhibits as well as food cooked up by celebrity Cleveland chefs and a cash bar.