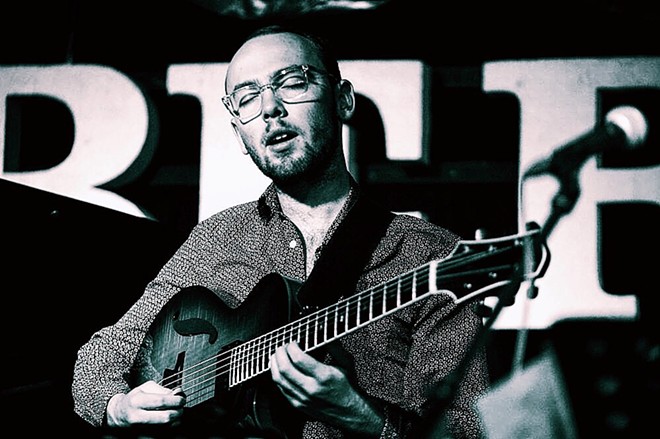 Courtesy of Tri-C
Guitarist extraordinaire Lucas Kadish participated in Tri-C’s jazz programs from 2012 through 2014 before moving to the Big Apple where he graduated from the New School for Jazz. While there, he honed his chops and formed the jazz act TUNDRA.

As part of Tri-C JazzFest’s Flying Home series, Kadish will return home to perform with TUNDRA at 7:30 p.m. on Saturday, March 9, at the Bop Stop.

“We’re thrilled to welcome Lucas [Kadish] home,” says Terri Pontremoli, director of JazzFest, in a press release announcing the gig. “This series is a great way to celebrate Tri-C JazzFest’s commitment to education and excellence.”