In Advance of Sunday's Show at House of Blues, Carly Rae Jepsen Talks About Her Journey of Self-Discovery 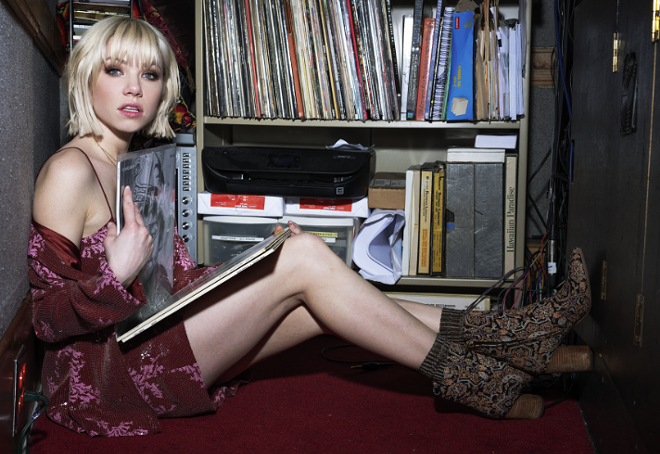 Markus & Koala
Singer-songwriter Carly Rae Jepsen, who brings her headlining tour to House of Blues on Sunday, is the mastermind behind one of the biggest pop culture moments of the decade, 2011’s “Call Me Maybe.”

She's not, however, intimidated by its success.

“My current work got a chance because of ‘Call Me Maybe’,” says Jepsen in a recent phone interview. “When I was waitressing in Canada, all I wanted to do was play shows, and now I get to.”

Nearly a decade later, the 33-year-old is still basking in the aftermath of the hit single, which led to choreographed lip-sync videos by everyone from Justin Bieber and Selena Gomez to the Harvard Baseball team and the Miami Dolphins cheerleaders. But Jepsen’s latest dance-pop triumph, Dedicated, offers much more than the bubblegum that got her to the top.

The Canadian Idol second runner-up spent months debating which track would be the lead single and what it truly meant to be “dedicated” in love, until the answer came to her.

“I was in Canada staying at my mom’s, and I finally had some good sleep,” says Jepsen, “I woke up, and it was clear.”

The single-girl anthem “Party for One” had the stream of consciousness that Jepsen was trying to articulate with Dedicated.

“Step one is self-love,” says Jepsen.

But the track goes deeper than its surface level empowerment. It has a melancholy tone to it as Jepsen faces the reality of finding herself alone at the end of the night.

“Party for One” serves as the closing track on Dedicated because Jepsen found it fitting to end her journey to self-discovery through love with a “confused, little song.”

The most personal track on the album, “Real Love,” was written about “what I want and how bad I am at it,” Jepsen says with a chuckle. “I don’t pretend to have all the answers.”

Another diary-entry of a song, “Too Much,” narrates a universal concern.

“It’s a topic a lot of people have gone through, feeling like you’re too intense or too emotional for somebody,” says Jepsen. “The initial spark [for the song] came from a story I was told by a girlfriend of mine. She was at a party and dancing really beautifully. Her boyfriend couldn’t handle her intensity. He said, ‘Calm down, keep it together.’ I wanted to talk about not letting people do that to you, ever.”

“Want You In My Room,” a sexy confessional and the album's most light-hearted track, was co-written by Jack Antonoff, who's worked with the likes of St. Vincent, Lorde and Taylor Swift.

“Everyone comes at a song differently. Jack [Antonoff] and I are both really child-like, “says Jepsen. “The most magical part is waiting to see what happens.”

Jepsen spends her time in the studio with “people who are just as hungry” as her. Much of that time is devoted to brainstorming, then re-working original ideas. Some songs see as many as six production dressings before gold is struck, Jepsen says.

Jepsen wrote over 100 songs for the 15-track LP, and the selection process was something that she couldn't have done alone.

“I had listening parties with my bandmates and label team,” says the British Columbia native. “I would just drink wine and sit and watch people debate.”

The eccentric rainbow of costumes that Jepsen wears on tour go hand in hand with the gleeful yet hectic undertones of Dedicated.

“My stylist, Hayley, and I were like, ‘Let’s just go wild. Let’s stop worrying about what fashion is and try crazier outfits than ever before.’”

Jepson says the audience on this tour is a bit older than the audience she attracted back in the “Call Me Maybe” days, but she's okay with that.

“It’s nice to be able to relate to other adults,” says Jepson, “It feels like the tour that I’ve been working for my whole life.”