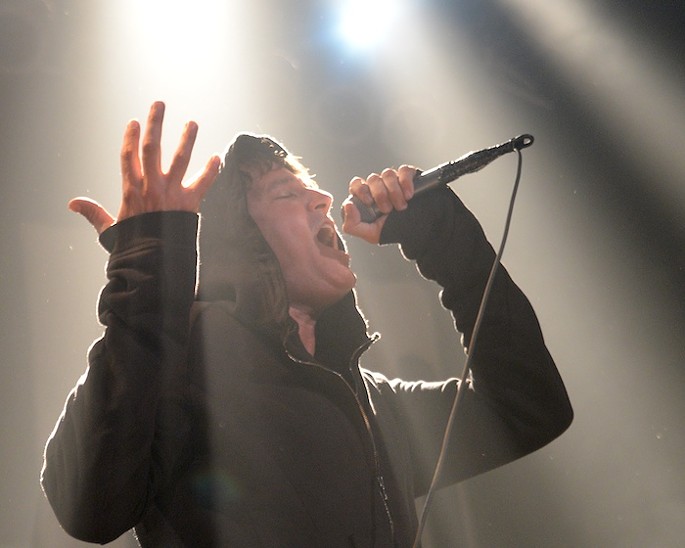 San Franciscoʼs Third Eye Blind are proof you don’t need anything more than below average musicianship and a few catchy hits to survive far past your prime. Last night’s sold out show at House of Blues was the first of only four shows on this short tour. Here’s to hoping the last three are much better. The mix was as bad as the performance. The guitar and bass were almost inaudible, lead vocals were muddy and the drums were louder than the rest of the band combined. A Twitter post by a disgruntled concertgoer summed up the sound perfectly: “Third Eye Blind should fire their sound guy. Walked out of the Cleveland HOB show 4 songs in. Worst sounding concert ever.”