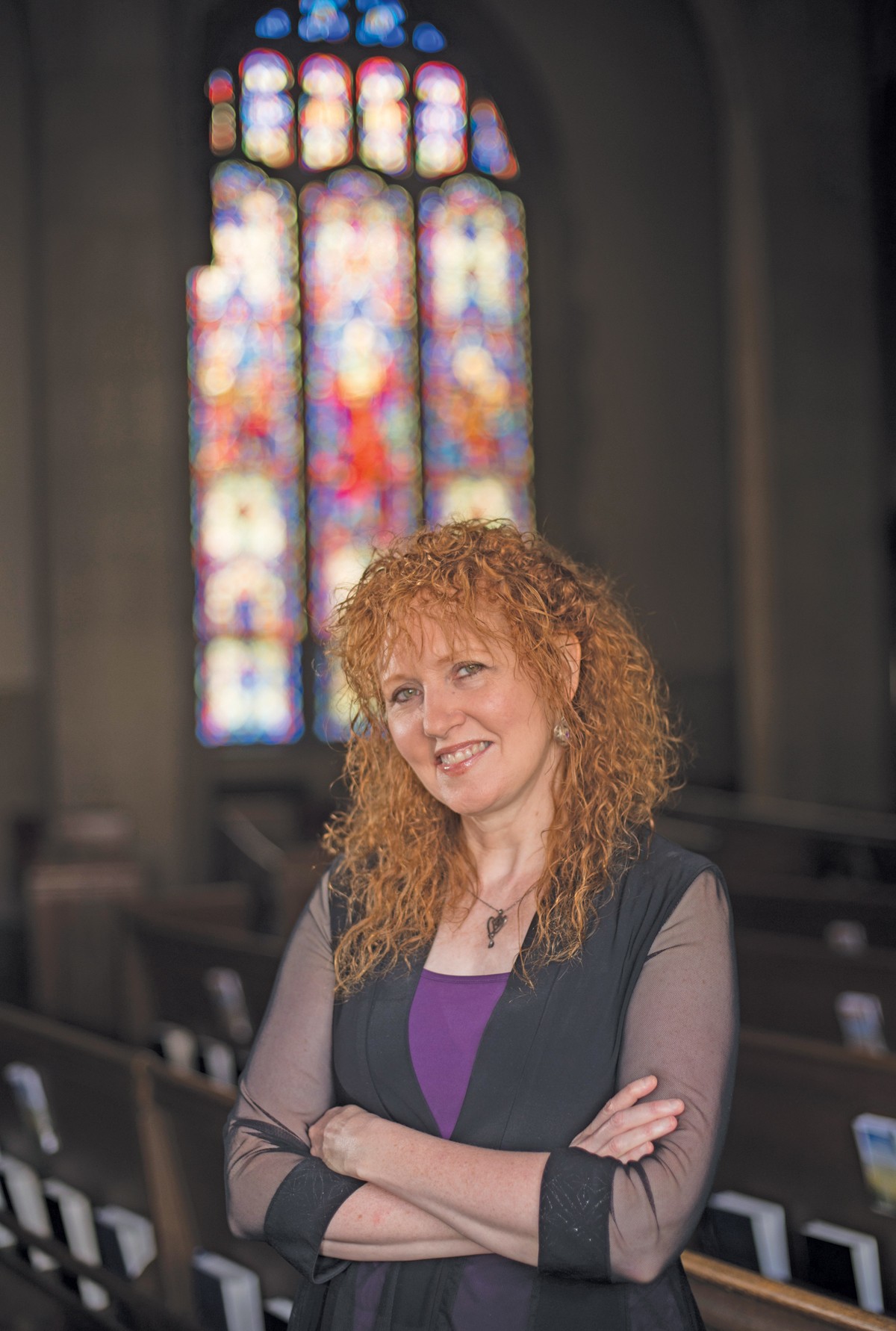 It's one thing to be nominated for a Grammy. It's a whole other thing to win.

At the Staples Center in Los Angeles in February, exhausted from travel and wearing a dress from a concert the night before, Jeannette Sorrell got to experience, much to her surprise, the latter as she heard the name Apollo's Fire Baroque Orchestra called from the stage.

"I almost didn't go to the ceremony because I was totally sure that we weren't going to win," Sorrell recalls outside her company's Cleveland Heights office last month. "I even thought I knew who was going to win, as that artist had a lot of promotional backing behind him."

That night, Sorrell and her Apollo's Fire team took home the Best Classical Solo Vocal Album award for Songs Of Orpheus. For weeks afterward she was bombarded with messages of congratulations, she says.

For the past three decades, Sorrell has quietly built Cleveland's baroque orchestra, which currently has six full-time employees, pulls musicians in from all over the country and offers many outreach programs. Thanks to Cleveland's strong support of the arts, the artistic director says the group now has one of the three largest audiences in the country for baroque music.

Sorrell first heard baroque music played on period instruments while in high school. The wooden flutes and gut-stringed violins sounded like a breath of fresh air. She says at 17 she decided she wanted to be the conductor of her own baroque orchestra.

"Period instruments are more organic; they're closer to the earth," Sorrell says. "They're not round and perfect and smooth. I think they're more rustic, and in a sense, more human."

At the time she was a piano player, but it wasn't until attending Oberlin College that she switched to harpsichord as well as conducting. These days during concerts she's often seen playing the harpsichord while simultaneously conducting, something common for the baroque time period (1600-1750).

"As a student, I was self conscious about conducting," she recalls. "I grew up as a dancer, so there's a lot of dance in my conducting, and I was shy about it as a student especially. There were hardly any female conductors then and I wasn't going to imitate male conductors. I had to be true to who I am."

But doing things her own way has paid off. Sorrell is currently a sought-after guest conductor, lending her skills to orchestras all around the country, including the Pittsburgh Symphony, St. Paul Chamber Orchestra and Seattle Symphony. There's even an upcoming documentary, directed by Academy Award-winning filmmaker Allan Miller, all about Sorrell.

"I had nothing to do with this title or designing this," she says about Playing With Fire, making its debut in Manhattan this October before it'll be shopped to festivals. "[Miller] caught one of our shows at the Metropolitan Museum of Art in New York. He came backstage and said that although he was retired, he felt he had one more film in him and wanted to make a film about my work as a conductor."

So last year, Miller and a film crew followed Sorrell around to various gigs.

"I've seen a quasi-final draft, but I have no input," she says. "I do think the film is an honest portrayal of me and Apollo's Fire."

Yet despite the acclaim and upcoming programs and plans to take another European tour with her orchestra, Sorrell says the music is what remains the most important.

"As a conductor you're working with a group of people from diverse backgrounds who have their own ideas of the music and their own aches and pains and annoying things that happened to them this morning," she says. "And you have to bring them together and inspire them and tell them that this is the mood we're going to reflect here. It all has to be unified and full of passion and energy. It's a lot of hard work, but so worthwhile."