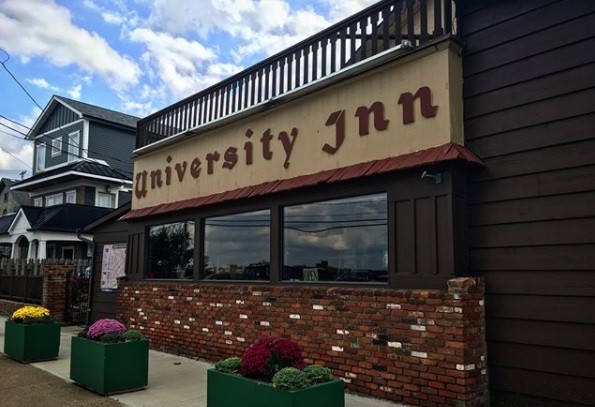 Photo via briankeithdiaz/Instagram
Cafeteria-style diners and restaurants, not to be confused with buffets, have mostly gone the way of the dinosaurs. But there are still a host of delicious line-up-only joints around the country dishing up old-school food in the old-school way.

Food and Wine magazine recently put together such a list, featuring cafeterias from all over the nation, and naturally Cleveland's own Sokolowski’s University Inn nabbed the No. 2 spot.

Here's what the publication had to say about the city's beloved Polish establishment:


For nearly a century now, the Sokolowski family has been feeding Ohio’s second largest city all the chicken paprikash, pierogies, and kielbasa it can possibly eat, which apparently is a lot—three generations in, and one of the most loved restaurants in the Midwest shows no sign of slowing down. Boasting a great location on the south side of the Cuyahoga River, looking back towards the downtown skyline, in some cities this might be an upscale steakhouse, a place to celebrate a major real estate deal, or perhaps an engagement. In Cleveland, it’s a modest tavern where people line up, as long as they have to, for their trip down the cafeteria line, eyes often always bigger than their stomachs. (Portions are considerable.) Any time is a good time, but if you come Friday nights, there’s not only a guy behind the piano, there’s the weekly fish fry as well, that long-standing Great Lakes Catholic tradition. (Here it’s beer-battered perch, freshly liberated from Lake Erie.) There are all sorts of ways one might be gently introduced to Rust Belt culture; a trip to Sokolowski’s is the full immersion, more like a face plant, a face plant in a lake effect snowdrift. You may never wish to come up for air.

Read about the rest of the Top 10, and the runner's up, on the list right here.

Read about other old-school lunch spots you should be hitting up in Cleveland right here.