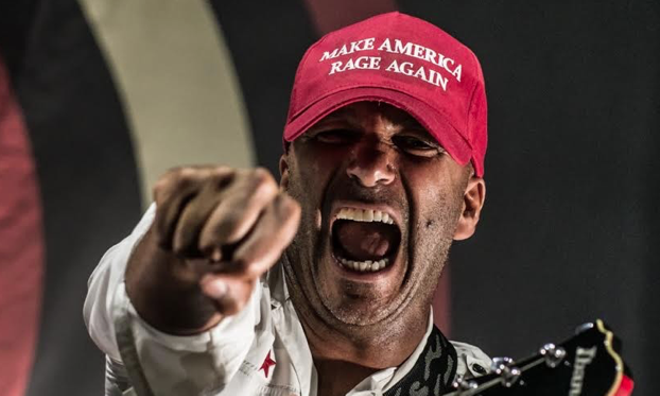 Jon Lichtenberg
RATM"s Tom Morello performing at the Agora in 2016.
Update: Fans of Rage Against the Machine will have to wait until 2022 to see the reunited band's tour come to the Cleveland.

For the second time, the group has rescheduled its entire tour, which originally would've taken place last year (and was then bumped to this year), citing COVID-19 concerns.

The show scheduled to take place at Rocket Mortgage FieldHouse this summer will now take place on July 27, 2022, at the venue.

On its website, the band says that tickets to the previous show will be honored, and fans can obtain refunds if they prefer.

(Original Post 2/10/2020): Earlier today, a reunited Rage Against the Machine announced a worldwide headline tour that will kick off in El Paso and include a July 29 stop at Rocket Mortgage FieldHouse.

According to a press release, "Through ticketing, volunteering and band donations, Rage Against the Machine will be working with multiple charities and activist organizations throughout the tour."