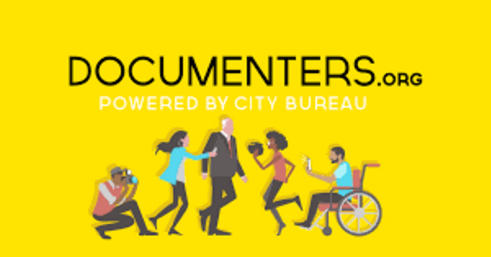 Cleveland Documenters, a newly launched pilot program, seeks to remedy a very basic but critical problem: Decisions large and small are made by local governments at public meetings that very few members of the public or media, if any, attend.

Created in partnership with City Bureau, a nonprofit journalism lab based in Chicago, and with funding from the Cleveland Foundation and the Visible Voice Charitable Fund, Cleveland Documenters will pay locals $16/hour to document city of Cleveland, city of Akron, Summit County and Cuyahoga County public meetings and publish the content on Documenters.org.

“City Bureau believes that accountability is a necessary ingredient for local democracy,” Darryl Holliday, one of City Bureau’s co-founders, said in a press release. “Our Documenters program creates a path for the people of Cleveland to produce accurate, reliable information alongside community organizers, educators, journalists and others working toward an equitable future.”

It has long been the purview of the media to keep a watchful eye on the proceedings, documenting the debates and processes, memorializing what happens beyond what merits inclusion in public records and keeping elected leaders honest.

That purview could use some fortification.

As newspapers continue to shrink and resources continue to tighten, more and more public meetings are left uncovered. From city council committee meetings to the planning commission to the Gateway Economic Development Corporation to the committees you didn't even know existed, major decisions are made on your behalf in agonizingly long, boring meetings. Maybe city council never gets in a session without at least one reporter in the room, but the same isn't true for the vast majority of other meetings that happen every day across the city. Think Board of Revision. Or Transformation Alliance. Or the county's Technical Review Advisory Committee.

Starting soon, that ratio should flip: Cleveland Documenters aims to hit at least 300 public meetings in its first year.

The resulting archive will provide not only fertile reporting ground but a record of how and why the major decisions affecting the region are made.

Documenters already has programs operating in Chicago and Detroit. You can browse their work here.

The Cleveland outpost is hiring for a field coordinator to run the program and training. If you're interested in applying, click here.
© 2023 Cleveland Scene