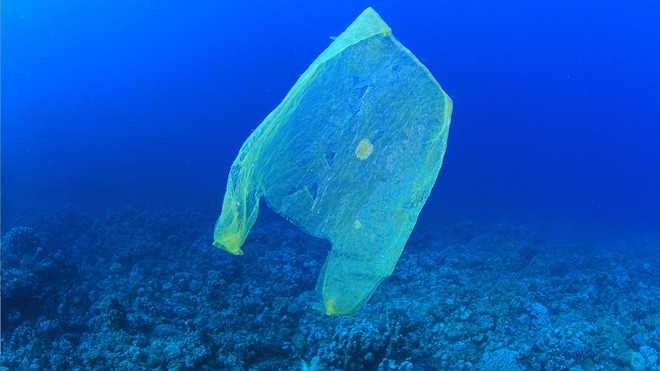 Photo via Wikimedia Commons
The Ohio Senate took yet another courageous stand Wednesday when it passed a bill which would forbid municipalities from banning or imposing special fees on plastic bags and other so-called auxiliary containers for one year.

House Bill 242 will now return to the Ohio House, whence it sprang. It was there conceived by legislators who are "bought and paid for" by manufacturers, the Ohio retail lobby and the state's chamber of commerce. Though initially designed as a permanent ban, cooler heads in the Ohio Senate dialed the legislation back to a one-year moratorium.

Local Republican state senator Matt Dolan told cleveland.com that he would've voted NO on a permanent ban, but that a temporary version would provide "consistency and stability" during the coronavirus.

Consistency and stability are things that legislators love to provide for businesses in Ohio. An earlier version of HB242 was intended, its sponsor told Scene, to reduce the cost and complexity of regulations for businesses in the state. (That sponsor, George Lang, represents a district where a plastic bag manufacturer is located. Go figure.)

But the legislation may have been a moot point locally, as Cuyahoga County — the largest and highest profile jurisdiction to consider a bag ban — already indicated that it would delay the enforcement of its ban back in April, citing coronavirus concerns.

Plastic manufacturers are of course overjoyed to trumpet the potential health risks of reusable bags, and are no doubt delighted that plastic bag bans have been lifted elsewhere, given the unknown nature of COVID-19's spread.

In Ohio, the legislation is merely the latest in a recurring series for the general assembly. The state body concerns itself foremost with meaningless bills to rile up their gerrymandered districts and bills like the current ban on plastic bag bans, which preempt cities from governing themselves at the behest of business interests.