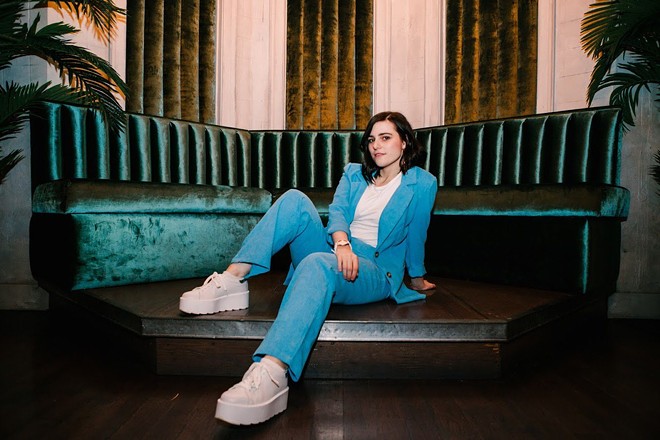 “The song’s about the habit of spiraling out of control in your brain,” Olive says in a press release about the tune that features crooning vocals and shimmering synths. “We fixate too often on small things and blow things out of proportion. Something as simple as an ignored text message can really set someone off. I’m as guilty as anyone else. I hope my song helps remind others — and myself — that it’s important to thoroughly think through your decisions, but spending too much time on every detail doesn’t often lead to progress.”

“The team at Superior Sound is very professional, and they were open to all of my ideas," Olive says. "They also helped me formulate what I was hearing in my head. I’m proud of the sound I created with them. It’s a fluid genre, but ‘Overthinking’ feels like a step in the right direction. It feels very ‘me.’”

The release follows several months of postponed shows due to the COVID-19 pandemic, but Olive will celebrate the new song’s release with a pre-recorded show from Musica in Akron.

The performance will be closed to the public but posted live on her social media pages. It'll take place on Friday, June 19.