‘I Know About Your Spice Girls Downloads’: Confessions of a 5G Surveillance Technician 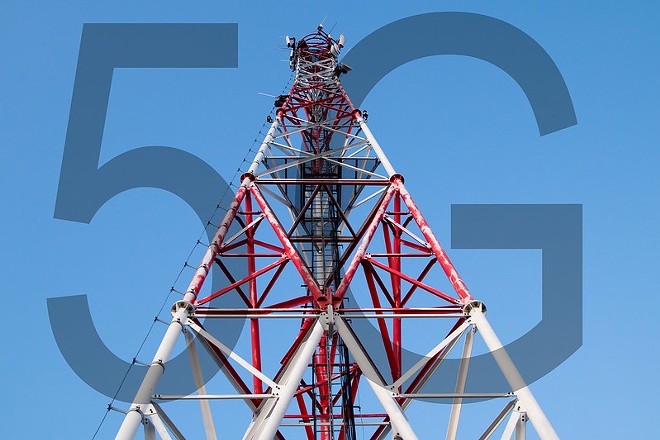 Before the layoffs at Forever 21, I’d hoped to devote my life to the sale of distressed high-rise jeans. Then I saw the help-wanted ad on Craigslist:

I’ve been awash with regret ever since.

My day begins with handwritten instructions from the global elite. One day I’ll organize busloads of crisis actors to incite Black Lives Matter riots. The next I’ll work logistics for Wayfair, ensuring that a shipment sex-trafficked children arrives safely from Guatemala.

But most of my time is spent surveilling your every move.

To the outside world, 5G is known as the world’s fastest form of telecommunications. What they don’t tell you is that it’s actually a vast network of radar stations, antennas, tracking chips, and hidden cameras. It allows us to hack your phone, copy your medical records, remove fossil fuel investments from your 401(k), and penetrate your inner-most thoughts.
Sometimes I work the graveyard shift, vaccinating you with drones while you sleep.

This morning I spied on Eugene Mathers, an ophthalmologist from Fairview Park. The reason: Back in 2015, he once LOL’d his niece’s Instagram joke about owning the libs. That’s all it takes to come under 24/7 surveillance.
Eugene made it easy. He doesn’t wear a mask. I clicked the facial recognition software to autopilot and kicked back in my chair.

Salient facts about Eugene Mathers: He has the complete Spice Girls catalog downloaded on iTunes. His daughter doesn’t know he plans to blow her college fund on a Jeep Gladiator. He has impure thoughts about Sandra Bullock.

At 11:48 a.m., Eugene was caught humming along to “Sweet Home Alabama” on the radio. His 218-page dossier was immediately referred to the Photoshop Department, which generated compromising pictures of him with the members of One Direction. Then it was sent to our global network of “trusted conspirators,” which includes Saudi Arabian intelligence, militant bicycling groups, and Planned Parenthood.

Before lunch, we hold sing-alongs in German to tracks from “Das Kapital: The Musical.” Afterward, we assemble for a pep rally and guest speakers. Edward Snowden and Ashley Judd have made appearances. So has Nancy Pelosi, who stole my lunch from the communal fridge. I went hungry that day. The vending machines only contain items labeled in Farsi.

I am beginning to feel triggered.

This afternoon I was assigned surveillance on one Janice Trigloski, a school bus driver from Eastlake. Her dossier: Collects Virgin Mary figurines. Has seen every episode of “Say Yes to the Dress.” Hopes to one day become a professional scrapbooker.

She too was flagged for dying her hair red, the official color of American greatness, a hue we’re sworn to eradicate.

It doesn’t seem right, this spying on innocents. But there is no escape.
Candi, a former cubicle mate for whom I confess to having amorous designs, once filed a complaint with HR, objecting to orders to surveil her Aunt Adelia, who enjoys antebellum romance novels. She disappeared the next day. Rumor has it she was taken by Antifa, who tortured her with a lengthy discussion of paddle boarding while listening to System of a Down. She is said to be buried in the basement of a free-trade coffee shop.

I often have thoughts of fleeing, perhaps seeking asylum at the Chamber of Commerce. Yet socialist cabals have an insidious way of keeping you tethered. They have weaponized generosity.

My pay is $37 an hour. Benefits include health, dental, and optometry, plus free CrossFit and a monthly stipend for herbal tea. By comparison, the Chamber only offers unpaid internships in the Marketing Department.

And so I stay, roped in the velvet handcuffs of oppression, with my eyes on you.
© 2022 Cleveland Scene