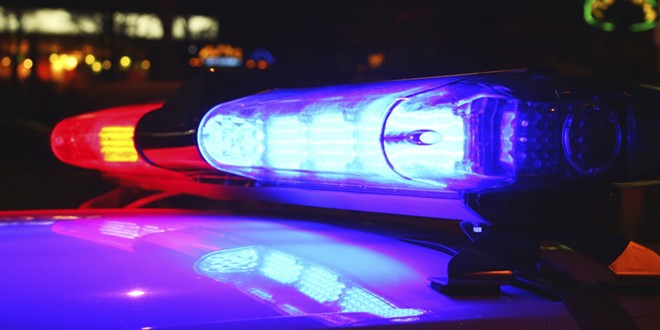 Sam Allard / Scene
A Cleveland police officer and one other person are dead after a shooting and car crash in Stockyards on Cleveland's West Side Thursday night. The officer was working undercover. He and his passenger crashed their vehicle on W. 65th Street between Clark and Storer, across from the Roses discount store, after reportedly being shot at multiple times.

Audio on the police scanner Thursday evening — around 10 p.m. — suggested that Skernivitz was undercover with a passenger and that they were "in trouble" near Roses after the crash. They were both described as "unconscious, but breathing" initially. As repeated pleas for EMS from those on the scene continued, CPR was administered to at least one of the victims. EMS arrived nine minutes later and transported Skernivitz to a nearby hospital where he died.

Fox 8 sources reported that the vehicle was shot at multiple times before the crash.

One arrest has been made in the shooting.

The FBI is asking anyone with information to call their 24/7 tipline at 216-622-6842. Reward money is being offered to help bring the case to a resolution.