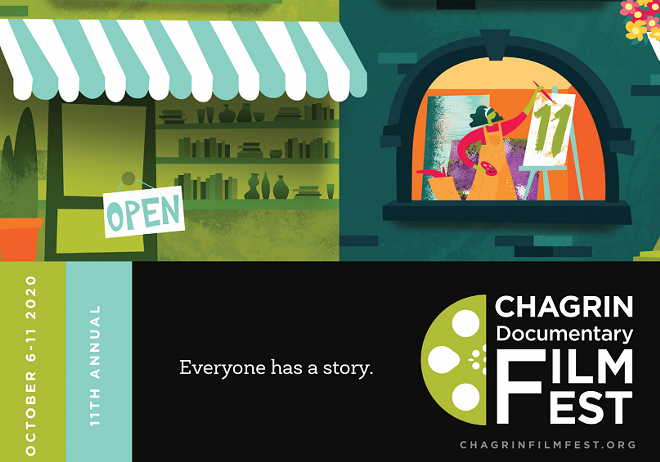 Tickets just went on sale this week for the 11th annual Chagrin Documentary Film Festival that takes place from Oct. 6 to 11 in Chagrin Falls. A terrific showcase for independent movies, the festival will screen 101 documentary films representing 32 countries. It'll include 19 world premieres and 21 Ohio premieres.

While adhering to CDC and social distancing guidelines, CDFF will make all films available for at-home streaming, and drive-in opportunities will be available for select films at Chagrin Cinemas. Films by the Falls will feature free short films outside in Riverside Park. Also, various membership packages will be available that include perks such as Fest to Go boxes and extended CDFF On Demand streaming

“Like nearly everyone, we had to pivot plans to accommodate this new normal,” explains Mary Ann Ponce, the festival’s director who founded the festival in honor of her late son, David, an aspiring filmmaker who lost his battle with cancer in 2006 at the age of 20, in a press statement. “While there’s still so much we’re uncertain of, here’s what we do know — we want to give our audience a much-needed break and escape into movie magic. This festival always has and always will belong to the community.”

The 101 films were selected from more than 500 submissions. Film categories include emerging filmmaker, the environment, the human spirit, international and U.S. documentaries, shorts and student documentaries.