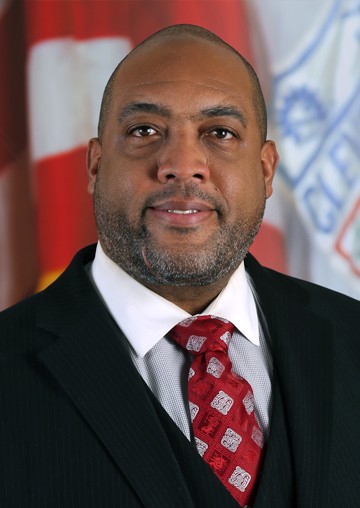 City of Cleveland
Ward 6 Cleveland City Councilman Blaine Griffin has been appointed to chair the legislative body's safety committee. Griffin fills the vacancy left by chair Matt Zone, who resigned to take a leadership role at the Western Reserve Land Conservancy, a nonprofit which city council funds annually for environmental consulting, this month.

Griffin, who was appointed to fill Mamie Mitchell's council seat in 2017 and was elected to a full term shortly thereafter, had been chair of the Health and Human Services Committee. In that role, he oversaw the passage of prominent citywide legislation including marijuana decriminalization and a lead-safe ordinance, (spurred by the organizing efforts of CLASH). He was also a leading voice in the city's declaration of racism as a public health crisis.

Ward 3 Councilman Kerry McCormack will become the chair of the Health and Human Services Committee, and Ward 2's Kevin Bishop will join the finance committee to fill Zone's vacancy there.

Last week, Zone's replacement in Ward 15, Jenny Spencer, was formally introduced via Zoom after council voted to accept Zone's recommendation. Spencer had been the managing director of the Detroit-Shoreway Community Development Organization.

Alongside the lack of public comments at meetings, council's appointment tradition, where outgoing members hand-select their heirs, is one of its anti-democratic conventions that has been most thoroughly decried in recent years.

Spencer is a natural successor to Zone, and becomes only the third woman on the 17-member body. But she joins recent appointees Kerry McCormack, Blaine Griffin, Brian Kazy, Charles Slife and Brian Mooney as members who were initially installed without public participation.