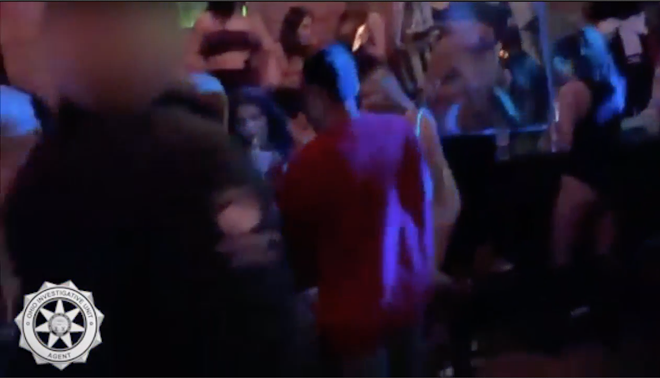 Video still from Nov. 14 cited as evidence by the Ohio Investigative Unit

The Barley House has joined two other restaurant/bars in a court filing arguing that the state of Ohio's coronavirus guidelines for the hospitality industry are illegal.

The Ohio Liquor Control Commission ruled in January that the Barley House's liquor license will be revoked as of March 24th this year due to four violations, three Covid-related and one predating the pandemic for unsanitary conditions.

It was a rare punishment handed down from the commission, which has broad discretion on penalties. Initial violations can result in temporary suspensions and fines, and in some cases, even when the commission issues a revocation order, it will accept a financial penalty in lieu of pulling a permit.

That option was not offered to Barley, which drew the commission's ire after repeated violations of masking and social distancing guidelines, most notably in a viral video that showed a packed nightclub operating as if the pandemic didn't exist.

"The Commission considers all relevant factors, including the nature of the violation, the seriousness of the offense, the facts of the case, the permit holder’s prior record, if any, as well as any other relevant information, including any mitigation evidence presented by the permit holder," Sarah Creedon, the Executive Director of the Ohio Liquor Control Commission, told Scene.

The appeal process runs not through the state but through the courts, which is where the Barley House now finds itself.

The nightclub joined West End Pizza (Carroll County) and Vivid Cocktail Lounge in Maple Heights in a complaint for injunctive relief against Gov. Mike DeWine and Ohio Department of Health Director Stephanie McCloud in Franklin County arguing that the state's emergency orders governing restaurants and bars have been and are illegal. (See full filing below. Mobile users may have to switch to desktop view.)

Initially filed in Carroll County, perhaps in the interest of finding a more favorable venue for their argument, the suit was moved to Franklin, where all Liquor Control Commission appeals must be heard.

It's similar in substance to other lawsuits filed against the state during the pandemic, including a recent one from the Highland Tavern in Akron, which was the first Ohio bar to have its liquor license revoked by the liquor control commission during the pandemic for coronavirus violations.

A judge denied a stay in Highland's appeal and the separate lawsuit remains ongoing. It has remained closed since September.

TownHall, also owned by George, was part of a lawsuit last year against DeWine and Dr. Amy Acton that asked the courts to eliminate pandemic restrictions and penalties because they were vague and unconstitutional.