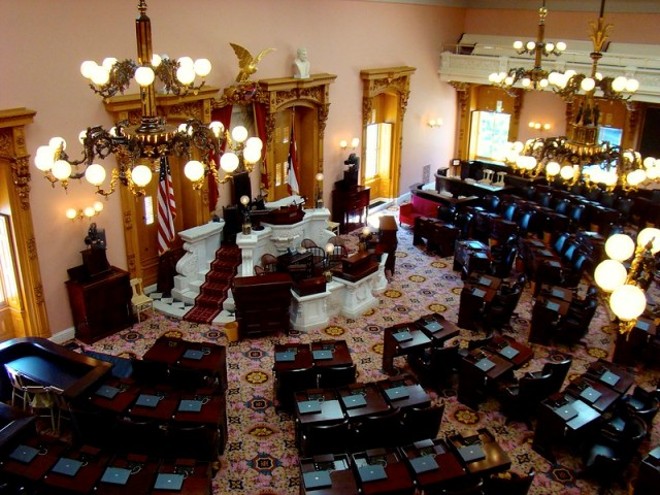 COLUMBUS, Ohio — Ohio lawmakers will hear more today about a bill that would allow virtual testimony at the Statehouse.

House Bill 55, if approved, would permit people who want to weigh in on pending legislation to do so virtually.

Desiree Tims, president and CEO of Innovation Ohio, which is among the dozens of organizations supporting the measure, said going to Columbus in the middle of a pandemic is not a viable or safe option for many Ohioans.

"If you have a pre-existing condition, you're taking care of elderly parents, you have young children, you are just not able to participate in the process which just really stifles the voices who want to be heard and who need to be heard," Tims contended.

The measure would apply when the state is under an emergency order, as it is now for COVID-19.

All of Ohio's Democratic House members signed onto the bill. Some Republicans have expressed concerns virtual testimony would create logistical challenges.

A handful of states either already allowed for virtual testimony during emergencies, or changed rules to allow for it.

Tims argued it shouldn't be a partisan issue.

"Virtual testimony, it is not a new idea," Tims observed. "It's something that's happening in other places. We can watch on C-SPAN and see what's happening in Congress and those hearings. So it will create more transparency."

There also are strong calls for state lawmakers to establish a mask rule for both lawmakers and visitors at the Statehouse.

Tims noted just last week, dozens of people including some lawmakers, attended a Senate committee hearing without a mask.

Since July, Ohioans have been required to wear a facial covering indoors in public locations. However, the General Assembly, as a separate branch of government, is exempt from the governor's order.
© 2022 Cleveland Scene