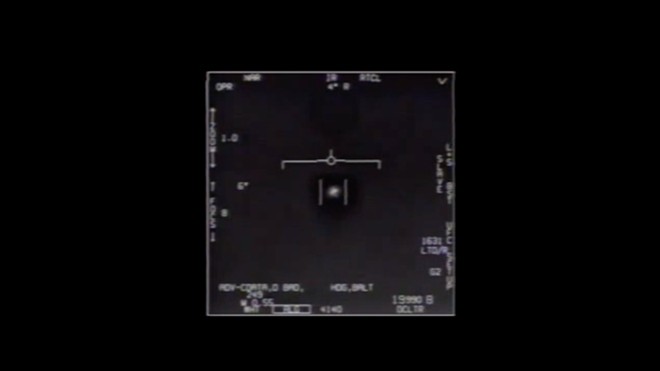 The truth is out there.

And possibly literally right here in the Ohio, as Cincinnati is once again home to nonprofit UFO investigation organization Mutual UFO Network, or MUFON.

Launched in 1969, MUFON has three goals, which its more than 600 trained investigators and 4,200 members across the world enact:
Although the organization has moved several times since its founding, it left Cincinnati in 2012 to relocate to Irvine, California. Now, its board of directors has declared MUFON is permanently returning to the Queen City, setting up headquarters near Lunken Airport.

"Cincinnati is within a six-hour drive to 80% of the nation. It is also highly valued due to its many advantages to business," MacDonald tells Scene. "Cincinnati is remarkably less expensive to live in as well as do business in than Southern California. One of Cincinnati’s largest corporate headquarters once said, 'We have two problems to being in Cincinnati — one is to get people to move here, the second is getting them to leave.'”

But besides the logistics, MacDonald says making the move to Cincinnati permanent is valuable because the area has a special connection to UFOs.

"Wright Patterson is 45 minutes away," he says. "There are quite a few sightings in the Tri-State area, and it was the home of one of the most famous UFO pioneers in the world, Len Stringfield."

MUFON is "actively recruiting" more UFO hunters and has a spot on its website where the public can report UFO sightings.

But to be a field investigator takes more than mild curiosity. MacDonald says investigators are "the foundation of MUFON." Ideal candidates are stable, dependable and objective with hours of volunteer time available and have "an above-average interest in the UFO phenomenon."

Each candidate has to pass a background check, attend MUFON University training online and take an exam before becoming an official trainee. After that, the trainee must shadow a professional investigator before they're allowed out in the field alone.

The end goal is to "collect accurate data for entry into the MUFON CMS, which will then be used in MUFON research," says MacDonald.

"This is one of the most exciting times for MUFON. For 52 years, we've searched for the truth about UFOs and now it is breaking," he says. "Around 2018, the now-famous 'Tic Tac' videos were released. Recently, the United States government is being directed to release their classified information where it has been confirmed that a UFO (not a missile) flew over a commercial airliner near White Sands. An Israeli professor who was a high-ranking intelligence officer, publicly disclosed that UFOs are not only real, but they are here. But the blockbuster came a few weeks ago when the Pentagon acknowledged that they do in fact have crash debris from UFOs."
© 2023 Cleveland Scene