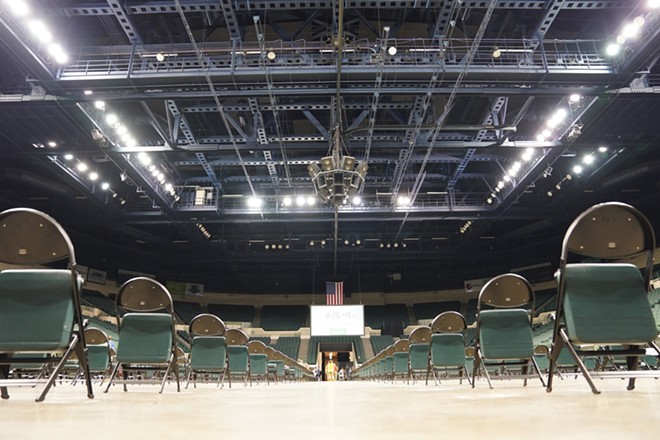 Courtesy FEMA
Thousands are being vaccinated at the Wolstein Center daily.

Of the 120,000 Pfizer shots administered at the CSU Wolstein Center during the mass vaccination site's first three weeks, more than 91,000 of them (75+%) went to white people, according to a demographic breakdown Scene obtained from the Ohio Department of Health.

Despite the significant racial disparities, which state and Federal officials anticipated early on based on registration trends, ODH noted to Scene that more than 56,000 shots were administered to those within the site's target population.

"The state’s efforts with community partners, religious organizations, and FEMA have been successful in delivering vaccine to people living in ZIP codes associated with a high Social Vulnerability Index (SVI)," a spokeswoman for the Ohio Department of Health wrote Scene in an email. "Data shows that 46.55% of first doses at the Wolstein Center were administered to those who live in vulnerable ZIP codes, exceeding our goal of 40%."

If you haven't gotten your shot at Wolstein — an experience met with almost universal acclaim — here's a time lapse video of a day at the site, featured in Gov. Mike DeWine's Thursday's Covid-19 press conference: