Nick Chubb-Branded Cereal, Chubb Crunch, Now Available at a Heinen's Near You 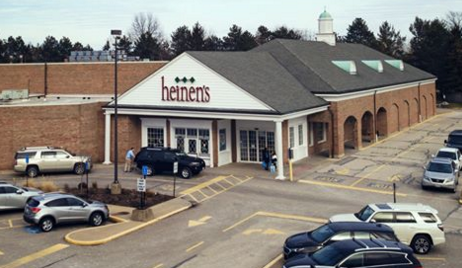 Heinen's FB
Just in time for football season and the morning cries of Super Bowl, Super Browns in your household, Nick Chubb's 'Chubb Crunch' is now available at a Heinen's near you.

The cereal, a Cinnamon Toast Crunch-equse offering that was made in partnership with the same company that once brought America Flutie Flakes, features Chubb in the guise of Batman, a favorite superhero of the Browns' star running back.

“I’m excited to release Chubb Crunch with PLB Sports and Entertainment,” Chubb is quoted as saying in a press release. “It’s always been a dream to have my own cereal, especially one that benefits a cause that is close to my family.”

A portion of the proceeds goes to benefit First Candle, which helps address SIDS and other sleep-related deaths in infants, a cause which Chubb has supported since the death of his nephew.

(Original story 4/13/21): Browns star running back Nick Chubb has entered into an agreement with the Pittsburgh-based sports branding company PLB Sports and Entertainment to launch a cereal this fall.

Chubb Crunch will be available at local Heinen's grocery stores and at PLBSE.com, according to the company. There, fanatics can also find such branded cereal classics as "Flutie Flakes," named for former NFL Quarterback Doug Flutie, and "HerrO's Fruit Hoops," named for NBA guard Tyler Herro.

In press materials, PLB announced that a portion of the Chubb Crunch proceeds will benefit First Candle, a non-profit organization committed to ending Sudden Infant Death Syndrom (SIDS) and other infant deaths. This is a cause which Nick Chubb has supported since the death of his nephew. It's also an appropriate cause for Cleveland, which for years has seen infant mortality rates that rival the developing world.