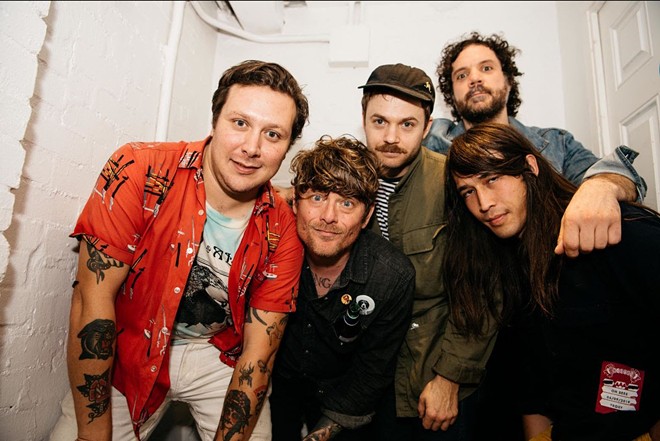 Photo by Quinn Russell
Osees.
At the end of last year, indie rockers Osees released their latest offering, the decidedly off-kilter and adventurous Panther Rotate. Just today, the band announced a fall tour in support of the release. The jaunt includes a stop at the Beachland Ballroom on Sept. 19.

Mr. Elevator will support all dates.

Ever the altruist, Osees-frontman John Dwyer also announced an auction for a custom-created Werewolf Rug that'll raise funds for the Coalition on Homelessness San Francisco.

"I just came across this in a box at my joint," he says in a press release about the auction. "Totally forgot I still had it. Made for an art show years ago in SF so it only feels right to sell it to benefit a great and long lasting organization in San Francisco the Coalition on Homelessness.  They have lent a helping hand for as long as I can remember there. No actual werewolves were harmed in the making of this rug."