Is the "For the People Act" for Ohio? 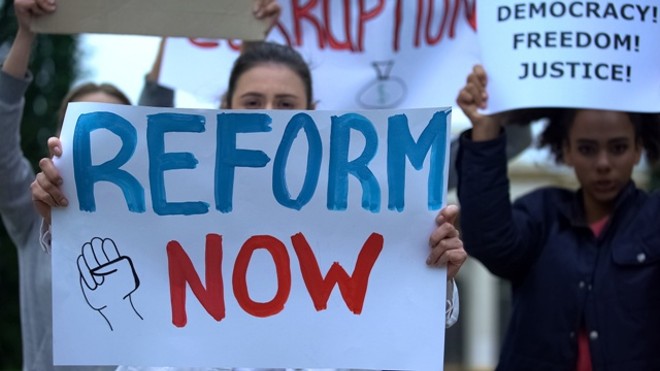 AdobeStock
A Senate panel will mark up its version of the For the People Act today, after the bill passed the House in March.

COLUMBUS, Ohio — A sweeping bill aimed at improving election fairness in states across the country is making its way through Congress, but Ohio's chief elections official is saying, 'No, thanks.'

A Senate panel will mark up its version of the For the People Act today, after the bill passed the House in March.

"That's really about somebody in D.C. thinking they know better than we do," LaRose asserted. "And in Ohio, we came off of last year the most successful election we've ever had, and that's not hyperbole. For us to have that kind of success and then be told by Washington, 'No, we know better how to run your elections,' is insulting and incorrect."

LaRose is one of 16 secretaries of state voicing opposition to the bill.

Voting-rights groups say the For the People Act will modernize elections and address barriers to voting.

Jen Miller, executive director for the League of Women Voters of Ohio, thinks the bill would restore faith in democracy by reforming congressional campaign financing and establishing new ethics standards for officeholders.

She contended the current patchwork of election laws creates confusion.

"The most important thing that we as elections officials can do is to maintain the trust and the confidence that voters have in their system of elections," LaRose emphasized. "Where people lose trust, they're less likely to want to participate in that process."

At the local level, there are also some concerns the changes would be expensive and difficult to implement. Senate Democrats offered an amendment to extend some deadlines for those changes.
© 2022 Cleveland Scene