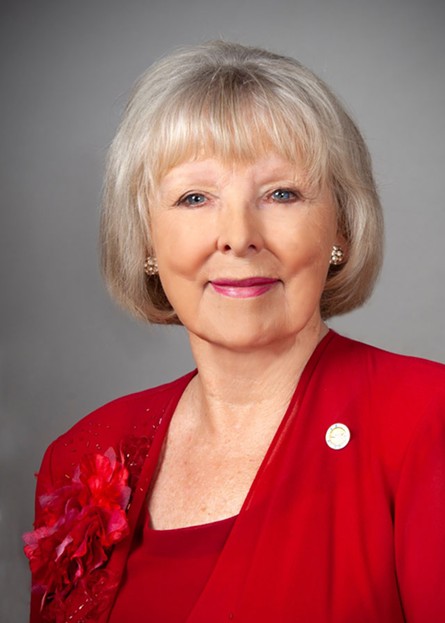 A bill in the works in the Ohio legislature would prohibit “teaching or advocating divisive concepts” on race, color, nationality, or sex, according to the sponsor of the bill.

In an email request for cosponsors, state Rep. Diane Grendell, R-Chesterland, mentioned critical race theory as one of the “divisive concepts” she’d like to see kept out of state public schools as part of her bill.

Critical race theory has been the subject of several pieces of legislation across the country, including in Tennessee and Idaho, and those who study the subject say it examines the role race plays (and has played in the past) in all levels of society, including economics and the law.

Those who oppose the study say it places blame and promotes division, rather than teaching.

Grendell’s explanation of the bill appears similar to language in other laws passed in the country regarding critical race theory. In asking for cosponsors for the bill, Grendell said the legislation would ensure state education systems and “state entities” would be prohibited from “creating feelings of discomfort, guilt, anguish, or any other form of psychological distress in individuals on account of his or her race, color, nationality, or sex.”

The bill also would not allow the assigning of “fault, blame, or bias to individuals because of their race, color, nationality, or sex.”

“Such effort to pit one race, color, nationality, or sex against another is divisive, and by definition, racist,” Grendell said to fellow representatives. “Such divisive concepts have the power to breed prejudice, generalizations and resentment towards others.”

Engaging in conduct or “educational activity” that claims that members of any race “are inherently racist or are inherently inclined to oppress others,” is also barred under the proposed law, along with requiring teachings or training in these topics in order to be hired for a job.

Grendell said injustice “has prevailed” in the country’s history and discrimination has resulted.

“Far worse, is teaching and encouraging future generations of individuals that it is acceptable to practice this divisive behavior,” Grendell wrote.

Advocacy groups like the Ohio chapter of the ACLU and fellow legislators condemned the legislation. State Rep. Casey Weinstein, who sits on the House Higher Education and Career Readiness Committee, took to Twitter to question whether the bill draft would impact teaching Holocaust education.

“This bill is the epitome of cancel culture,” Weinstein told the OCJ on Tuesday. “Trying to wipe out and ignore our history while imposing big government on school districts to limit First Amendment rights in an unconstitutionally broad and vague way. It is chilling and reminiscent of the ‘thought police.'”

The ACLU of Ohio called the legislation “deeply concerning.” Though the language of the bill has not been released, Gary Daniels, chief lobbyist for the ACLU of Ohio said the cosponsor request shared enough information to see the measure as a “harmful attempt to ban informing students and state employees about the role of racism and discrimination in our history and in current society.”

“Whitewashing, ignoring, or burying the past and present is a disservice to Ohioans and is a perpetuation of, not a solution to, these problems,” Daniels said. “Legislators should never be in the business of censoring facts and information, but that is precisely what this bill will do.”

The deadline for sponsors of the bill was set for May 28, after which the bill could begin review in the legislature.

Grendell did not respond to the OCJ’s request for comment.