3 Persistent Questions About the Coronavirus's Origins 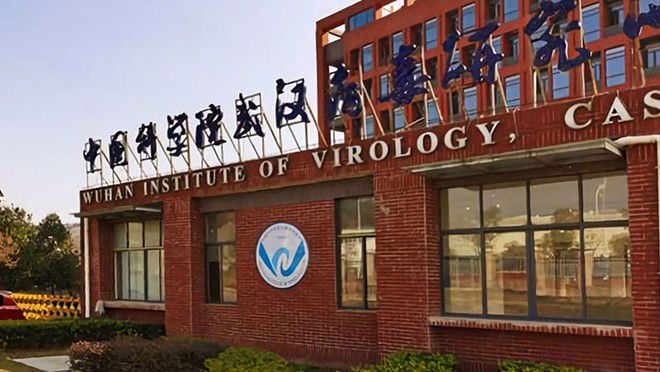 UREEM2805/WIKIMEDIA COMMONS (CC BY-SA 4.0)
Amid calls from some scientists for transparency from the Chinese government, the Wuhan Institute of Virology (shown) is once again at the center of speculation over where the COVID-19 pandemic got its start.

Controversy is once again swirling around the origins of the coronavirus behind the COVID-19 pandemic, rekindling calls to pin down just where it came from: nature or a lab.

On May 26, U.S. President Joe Biden announced he had asked the intelligence community “to redouble their efforts to collect and analyze information that could bring us closer to a definitive conclusion.” He requested a report in 90 days.

Some leading virus experts also have called for an open and transparent investigation. “We must take hypotheses about both natural and laboratory spillovers seriously until we have sufficient data,” the researchers wrote May 14 in Science.

The lab-leak idea garnered renewed speculation after several news articles questioned whether the pandemic started after a spillover from a lab, a scenario described in a May 23 Wall Street Journal story alleging that three researchers at the Wuhan Institute of Virology fell ill with COVID-19–like symptoms in November 2019. It’s still unknown what illness — out of many possible respiratory diseases — those people had.

A March 30 World Health Organization report had previously concluded that SARS-CoV-2 probably spread to humans from animals rather than from a lab (SN: 4/1/21). But WHO Director-General Tedros Adhanom Ghebreyesus has emphasized that the hunt is far from over, and that all hypotheses remain on the table.

1. Why does the lab-leak hypothesis persist?
The biggest reason is that we still don’t know where the coronavirus came from. Where there are gaps in knowledge, myriad hypotheses rush in.

At this point, most researchers agree that the virus was not engineered in a lab based on findings from genetic studies (SN: 3/26/20). But one plausible scenario is that someone was accidentally infected in the lab while working with the coronavirus itself and then spread it to others in the community. Lab accidents have happened in the past, including some isolated incidents where people caught the coronavirus that caused the 2003–2004 SARS outbreak while studying it. Those incidents happened after the virus had stopped spreading in communities around the world and the outbreak was largely over.

More commonly, coronaviruses have made the jump from animal to human multiple times in the past two decades. The SARS virus spread to people from civets infected with a bat coronavirus. The MERS virus continues to spread to people in the Middle East from camels. What’s more, three children in Haiti were infected with a pig coronavirus in 2014 and 2015, researchers reported in a preliminary study in March. And a recent Clinical Infectious Diseases study reported that eight people in Malaysia had been infected in 2017 and 2018 with a coronavirus similar to one found in dogs.

These two latest findings are signs that coronaviruses may jump to people more often than previously thought; we just weren’t looking. Researchers also have found coronavirus fragments that are similar to SARS-CoV-2 in bats native to southeast Asia, but no smoking gun yet.

2. What evidence will it take to prove where the virus came from?
Finding a virus nearly identical to SARS-CoV-2 in a wild animal — whether bats or other animals — would go a long way toward proving that the virus came from nature. But that’s a difficult pursuit that can take years (SN: 3/18/21). And we might never find it. Ebola virus probably comes from bats, for instance. Yet while researchers have found fragments of the virus in bats, they’ve never found the complete genetic blueprint of a bat Ebola virus that is a close relative of one that sparked an outbreak in people. This, despite decades of searching.

As for evidence of a lab leak, experts are calling for public health agencies and research labs to make their records public. Those records could help pinpoint whether anyone working at the Wuhan Institute of Virology had ever been sick with COVID-19. (The WHO report stated that all workers had tested negative for antibodies, but members of the team did not have access to the raw data.) Lab data would also show whether any viruses being studied in the lab were identical to SARS-CoV-2. (One of the lead scientists at the institute has said no such virus was found in her records. But WHO team members did not have access to the records.)

3. Why do we care, anyway?
Figuring out where the newest coronavirus came from is a step toward preventing large outbreaks from happening again. That’s true no matter where the virus came from. Whether the outbreak got its start in nature or after a lab accident, the virus still probably came from an animal originally, because labs often retrieve viruses from the wild to study them.

Knowing that the threat exists in animals means researchers could monitor high-risk animals or people to get an early warning. Experts around the globe keep an eye on influenza virus in poultry, for instance. That’s because ducks and chickens can be sources of avian flu, which can be deadly to people, most often those who had contact with the birds (SN: 3/11/15). And research institutions will need to continue to closely monitor lab facilities to make sure the environment is as safe as possible for people handling potentially lethal viruses.