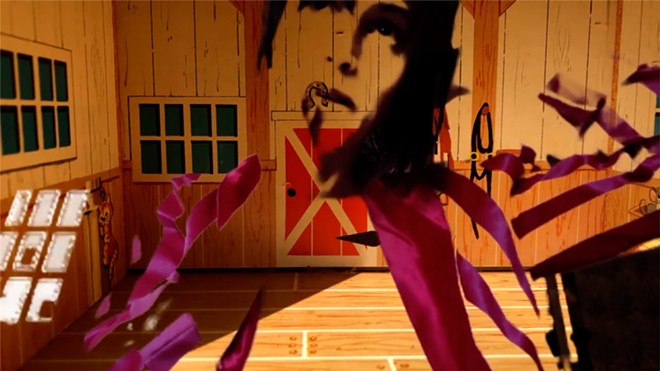 Chris Szajbert
Local theater artist Chris Szajbert (née Seibert) will stream The Frances Films, a series of short films, on demand as part of the BorderLight Virtual Fringe Festival that takes place from July 22 to 31.

Conceived and created during the first half of 2020, The Frances Films explore the downfall of a young movie starlet in seven shorts. Szajbert used two mobile phones, a computer, green screen technology and a box of found toys to create "a unique and compelling world." The short films (some of which are just two to three minutes long) explore the sexual awakening of a young movie starlet and the web of "misguided souls" who contribute to her downfall. Szajbert plays all the roles and also composed the films' original music and soundscapes.

“These are definitely experimental films. Anyone who knows my work will see ongoing themes of sexuality, power, love and longing,” says Szajbert in a press release. “They’ll recognize quirky, aching characters and my special kind of whimsy.”

This is the first local screening of The Frances Films. You can buy tickets and view the full lineup of Borderlight's virtual events at borderlightcle.org.