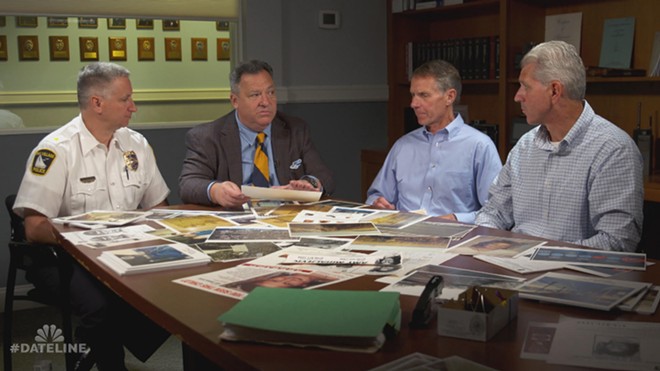 
The abduction and murder of Bay Village's Amy Mihaljevic, in 1989, remains one of Northeast Ohio's most elusive and endlessly revisited cold cases. The 10-year-old Mihaljevic was kidnapped from the Bay Square Shopping Center on Oct. 27, 1989, but her body wasn't discovered until Feb. 8, 1990, in a field off County Road 1181 in Ashland County. Various suspects have been pursued over the past three decades, but to no avail.

NBC producers say that during the broadcast, reporter Josh Mankiewicz will speak with investigators at the center of the case "as they reveal the piece of evidence they hope will help solve the case." Viewers will also be enlisted to provide tips. (As the teaser video above shows, police have received more than 10,000 leads in the Mihaljevic investigation.)

Locally, the Amy case has been investigated by James Renner, writing for Scene Magazine. And last year, WKYC produced a special podcast series by Andrew Horansky called "Amy Should be Forty" that looked at the case from a number of angles.