Yesterday morning, Justin Timberlake received a Golden Globe nomination for co-writing the Inside Llewyn Davis '60s-pop trifle “Please Mr. Kennedy.” But on Thursday night, the rakish star put on his pop star shoes and performed for well over two-and-a-half hours in front of an ecstatic, party-ready crowd at the Q.

Backed by his current collaborators, the Tennessee Kids—a band featuring four backup vocalists, a horn section, two drummers, two guitarists, keyboardists and noted bassist Alex Blackstone—Timberlake opened the show with the falsetto-heavy gospel-tinged R&B number “Pusher Love Girl.” Wisely, however, he very soon enlisted a bevy of backup dancers (and busted out some lithe moves of his own) for a string of fan-favorites, including “Rock Your Body,” “My Love,” “Like I Love You” and highlight “FutureSex/LoveSound.” The Tennessee Kids especially transformed the latter two songs; instead of a futuristic electro number, “FutureSex/LoveSound” turned into a dark seduction with low horn accents and squealing guitar, while “Like I Love You” was equally creepy by how it equated obsession with romance.

New songs from the pair of records Timberlake released this year (The 20/20 Experience and The 20/20 Experience 2-2) were hit or miss. The “Thriller” homage “True Blood” was a standout; it featured heavy percussion, flashes of horror movie footage and appropriately undead dancing. The babymaking soul of “Strawberry Bubblegum” also succeeded, thanks in no small part to the whimsical deco art beamed on the honeycomb-like screens that stretched from the stage and onto the ceiling of the arena. Still, some of the lesser material on these albums didn't resonate in a live setting; notably, tracks such as “Don't Hold The Wall” and “Tunnel Vision” lagged.

Yet despite the occasional misstep, Timberlake reinforced his pop star supremacy in myriad ways. As a vocalist, he was on point, especially while crooning on “That Girl” and during a well-received cover of Michael Jackson's “Human Nature.” From a dancing standpoint, the show was also a treat. Timberlake effortlessly controls his body—he often looked like he was shuffling on a bed of ice, it was so smooth, and his synchronized moves remain untouchable in their precision—while at other times, he sparred like a lightweight boxer or looked like a flirty robot. While not overly chatty, he also connected with the crowd in several notable ways, from leading a birthday sing-along to a 6-year-old boy wearing a suit to cracking himself up by baiting the crowd with the first part of the Ohio State “O-H!” chant. (Yes, he got an exuberant “I-O!” reaction every time.)

Smartly, Timberlake also made time to demonstrate the depth of his musical skills. The syrupy R&B soul jam “Until The End Of Time” found him at a gleaming white piano, while for “Senorita” he played a customized Tennessee Kids keyboard. Timberlake even strapped on an acoustic guitar at several points; a cover of Elvis Presley's “Heartbreak Hotel” (which, naturally, featured plenty of hip swivels), and his own “What Goes Around...Comes Around” and the soul-rock barnstormer “Drink You Away” were highlights.

And as a whole, the concert was an impressive display of physicality; Timberlake rarely stopped moving for the duration, even as he and several band members traveled on a suspended, sleek bridge to the back of the arena while performing “Let The Groove Get In.” That bit of the production especially was incredibly effective: Besides bringing Timberlake closer to the crowds at the far ends of the venue, it gave everyone on the sides a chance to catch a closer glimpse of the star, which significantly increased the excitement (and engagement) in the room.

By the time he and his troupe traveled back to the stage while boogieing to the unstoppable disco-soul single “Take Back The Night” (which ended with a snippet of Kool and the Gang's “Jungle Boogie”), Timberlake had built the crowd into a frenzy. He delivered starting with a faithful cover—both dancing- and instrumental-wise—of Bell Biv Devoe's “Poison,” which led right into the show-ending triptych of “Suit & Tie,” “SexyBack” and “Mirrors.”

Justin Timberlake Performing at the Q 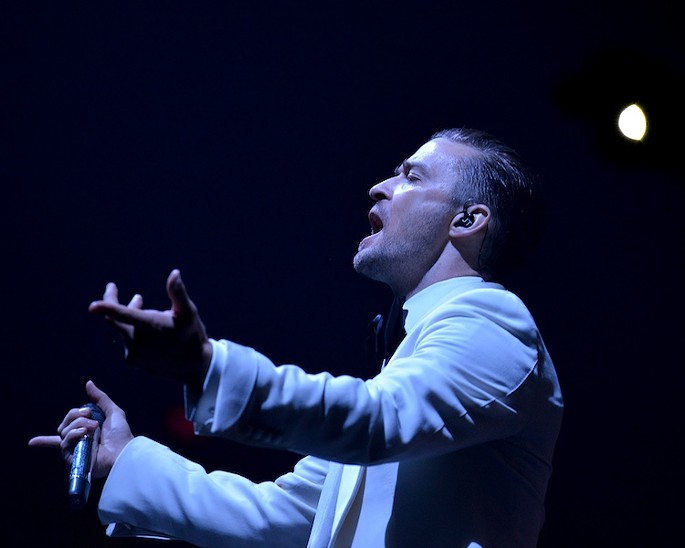 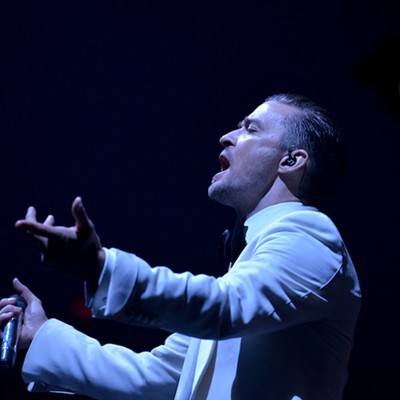 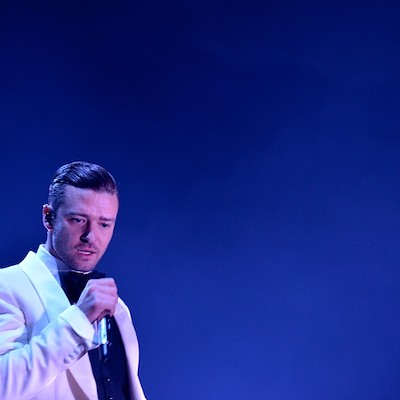 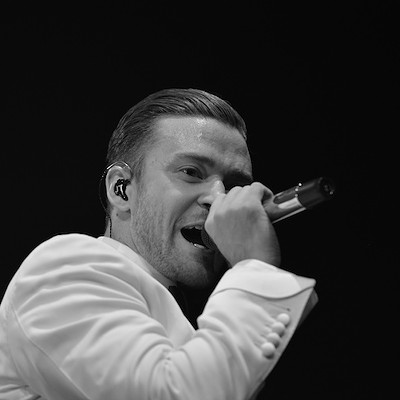 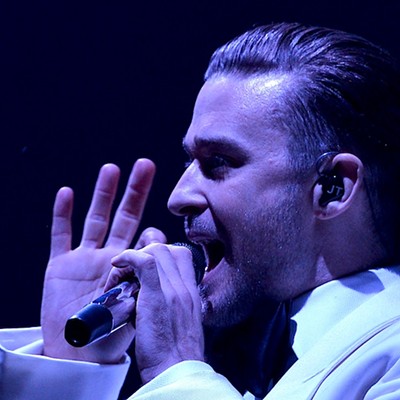 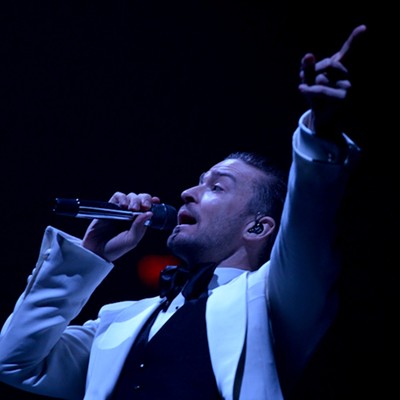