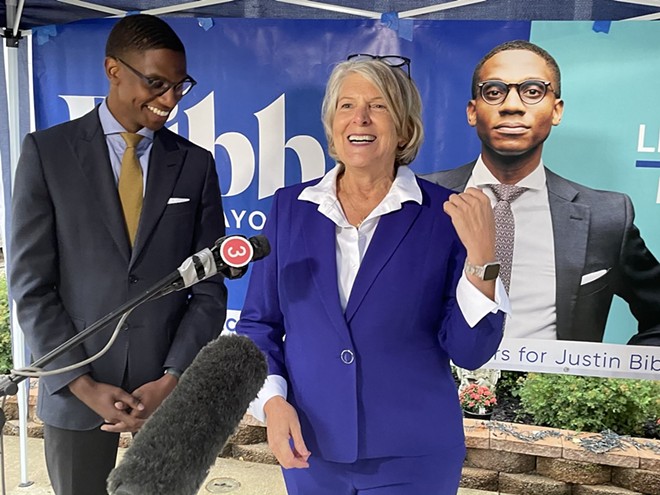 Jane Campbell, who was elected mayor of Cleveland in 2001 and was the city's first woman to hold the office, has endorsed Justin Bibb in the 2021 mayor's race.

At a campaign press event in West Park Thursday, Campbell announced her endorsement of the 34-year-old executive and said Bibb's knowledge of the private and nonprofit sectors would help him convene leaders and experts to make the city a better place.

“Justin Bibb brings hope for Cleveland’s future," she said. "He will push the limits and break the status quo mentality that delays and denies progress. He’ll bring best practice programs and fresh ideas to a city government stuck in the past."

Like Michael White, who has kept far from the public eye and spends his days among wine grapes and alpaca in Tuscarawas County, Campbell has not been a presence in Cleveland for years. She is now the President of the United States Capitol Historical Society, an organization whose activities include: tours, scholarly symposia, research sponsorship and the sale of publications and mementos having to do with the U.S. Capitol Building and the history of congress.

Campbell is nevertheless a name in Cleveland politics and is one of only four living current or former mayors. Dennis Kucinich, who ran for Cleveland Mayor again this year, has yet to endorse, though he congratulated Bibb by name in his primary election concession speech.