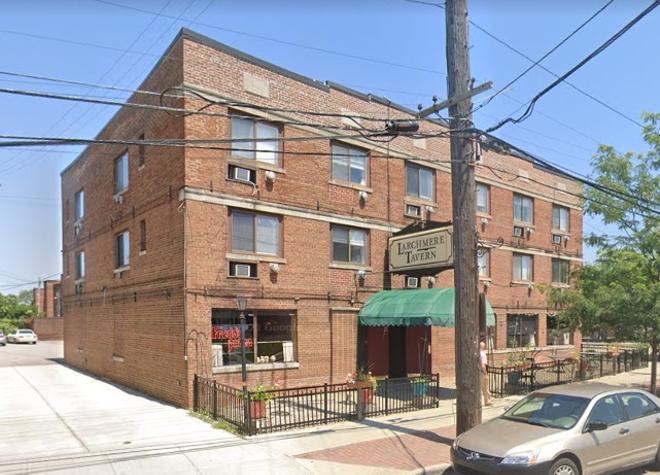 The first-floor space at 13051 Larchmere Boulevard in Shaker Heights has been home to a restaurant since at least the 1950s, when it was known as the Shaker Tavern Hotel. Since then it has had long runs as the Grist Mill Tavern and Larchmere Tavern, which closed after nearly 30 years in August.

Now, we have a good idea of what’s in store for the notable property.

Michael Paley has partnered with property owner Louis Jacobs to open what they are describing as a cocktail-forward establishment in an iconic building considered by many to be the gateway to the Larchmere District.

“I want this to be on par with the best in terms of the quality of the cocktails and the quality of the service and the experience,” Paley explains. “I want it to be a place where people like me, when they visit a city and Google the best cocktail bar to go to, that it comes up and is worthy of that.”

Paley, who is a radiologist (and has hired an operating partner), describes himself as a cocktail aficionado, one who travels specifically to experience the best practitioners of the craft wherever they might be. His goal is to be on par with local haunts like Velvet Tango Room, Spotted Owl and Porco Lounge, all of which he holds in high regard.

The as-yet-unnamed establishment will be a neighborhood bar focused more on drink than food, one that offers a handful of small plates, but leaves the main event to other restaurants on the street as well as those around the corner at Shaker Square.

“We want to complement what’s there, and my interest really has never been to have a restaurant, but I don’t think it’s hospitable to serve alcohol without serving some food,” he states.

That said, they do intend to host Sunday (and possibly Saturday) brunch.

The 3,200-square-foot restaurant will be gutted, walls will be knocked down and the space completely rebuilt. The décor will pay tribute to the neighborhood in the form of elegant but comfortable antique furniture, vintage chandeliers and old-fashioned glassware. Paley says that he’s in search of a stately wood backbar to help set the scene.

“It will be tastefully done,” he promises. “I want it to look like it’s been there forever.”

Of course, the prime objective is to create an environment in which to enjoy stellar cocktails, both classic and contemporary. Live music on a small scale will round out an experience that Paley and his team hope appeals to a wide audience.

“A place that the neighborhood can embrace but would also draw from everywhere,” he says.