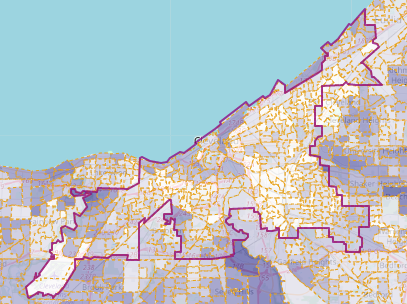 Angelo Trivisonno
Just as he did in the September primary, Ohio City resident Angelo Trivisonno has created an interactive map to track voter turnout throughout the city of Cleveland on election day. Voters are deciding between City Council President Kevin Kelley and nonprofit executive Justin Bibb for mayor, while also giving a thumbs up or down to the Citizens for Safer Cleveland Ballot Initiative (Issue 24) that calls for increased civilian oversight of the police.

Using data from the Cuyahoga County Board of Elections, the map tracks total votes and turnout percentage in each of the city's precincts. And unlike in the primary, today's map refreshes automatically every sixty seconds.


As of 10:10 a.m., voter turnout in the City of Cleveland stood at 11%, with more than twice as many absentee ballots as election day ballots cast. The Board of Elections data is available here.