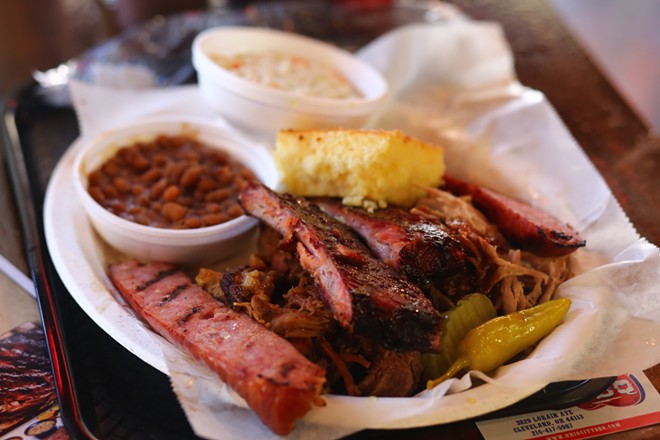 The long, contentious battle between City Barbecue and Ohio City BBQ is coming to an end. What began back in 2017, when the Columbus-based restaurant chain filed suit against the one-off rib shop in Cleveland for trademark infringement, is ending with appeasement.

“Just like anything in life, you have to put things behind you,” says the Ohio City restaurant owner Nav Singh. “I thought it was very unfair – a David versus Goliath thing – but sometimes you just have to put your sword down and just move on.”

With a battalion of high-priced attorneys and a never-ending landslide of legal documents against him, Singh, who was representing himself, decided to accept his fate. He took the judge’s advice to face reality and move on.

“They basically paperworked me to death,” he says.

Despite the fact that Singh owned the trademark to “Ohio City BBQ,” and the fact that his restaurant opened two years before City Barbecue entered the Cleveland market, the owner has agreed to change the name of his restaurant. That move alone will cost him considerable time, money and, likely, business in the form of customer confusion. On his to-do list is registering the new name, making changes to his business listings on Google, Tripadvisor and Yelp, converting all of his social media accounts and third-party delivery service affiliations and buying a new sign.