Savage Love: My Boyfriend and I Haven't Had Sex in Two Years 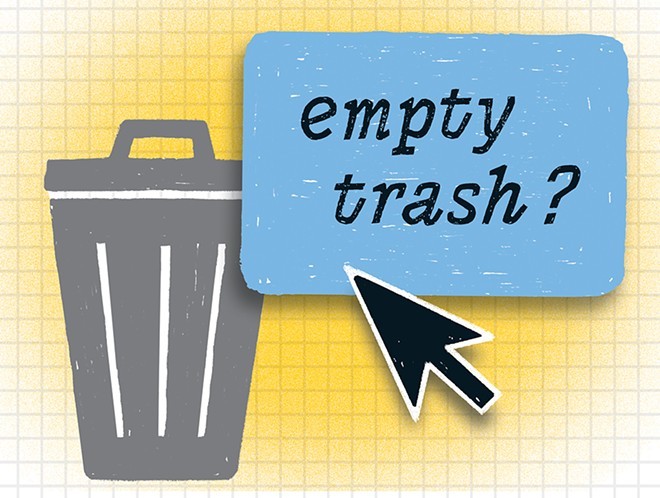 Joe Newton
Your options are staying and enduring a sexless existence or staying and having sex with other people.

My boyfriend and I have not had sex for more than two years. When I first asked him about it, he hemmed and hawed. When I pressed him, he said he doesn’t have any interest. I felt like he was not telling me the whole truth. When I suggested he tell his doctor, my boyfriend said he could not do that because his doctor is an old family friend. He won’t go to another doctor. I don’t know what to do. Staying in a long-term relationship without sex does not appeal to me. But I love him, so leaving him is not an option. On all other levels we have a great relationship. But I miss his cock and I miss intimacy. I have tried many things, but I am sick and tired of being refused. He will remove my hand from his cock if I touch it, and he does not seem to ever get hard anymore. I used to think that it was my fault but no longer accept the blame. What can I do?

—Unhappy Not Having Any Penetration Play In Literally Years

If you’re going to rule out leaving, UNHAPPILY, your options are staying and enduring a sexless existence or staying and having sex with other people. If you don’t wanna be accused of cheating, you’ll have to ask your boyfriend’s permission to seek sex elsewhere. If you don’t wanna ask his permission or you ask and don’t get it, well, then you’ll either have to endure a sexless existence or discreetly fuck other people when you have the chance. (I hesitate to describe that as cheating in a case like yours, UNHAPPILY, since you wouldn’t be cheating your boyfriend out of anything he seems to want.)

I’m a 65-year-old gay man and over the past few years, I’ve completely lost interest in having sex with other men. Coincidentally, pleasure from the prostate has gone to a whole new level. I am now having the most intense and powerful prostate-induced orgasms one could ask for — like joining the universe intense. Do I need to see a therapist?

—My Orgasms Are Now Sensational

Only if you’re unhappy, MOANS, and you don’t sound unhappy to me. (And if you were, you might be better off seeing a sex worker.)

I broke up with my boyfriend about one month ago after almost a year together. I’m 22 and he’s 20, and we met at work. A month after we started dating, his mom died. He is a jealous and controlling person, whereas I’m a very friendly and outgoing person, and he didn’t like it that I had friends. He was constantly worried I was cheating on him, and I would reassure him as best I could. I tried to be understanding because, again, his mom had just died. But nothing helped. A month ago, he starts yelling that he now knows for sure I had cheated on him at least three times, even if he doesn’t have any proof. (I never cheated on him.) So, I broke it off. But he continues to send me dozens of abusive text messages every day. At the same time, he makes excuses to see me. Two weeks ago, he came over to get his phone charger, which was not here. Today, he came demanding a sweatshirt, which I do not have. Between these surprise visits he sends text messages saying he would be happy if something terrible happened to me. What should I do? Blocking him isn’t an option, as we continue to work together, and must communicate for work-related reasons.

Get him fired, PEACE. Show his text messages to your boss or to HR, and demand they do something about the hostile work environment he’s created for you, i.e., tell your bosses you expect them to fire him. If your employer won’t fire your ex, PEACE, talk to a lawyer about suing your employer and, if you must, seek employment elsewhere. I’m sorry this is being done to you, PEACE, and in the future… a controlling, possessive piece of shit who “constantly worries” you’re cheating on him needs to be dumped immediately. Because those sorts of “worries” always — always — become angry and sometimes violent accusations in the end.

Why do adult men want to look like pre-pubescent boys by cutting away their pubic hair? Hair is masculine and should be allowed to thrive in its natural habitat.

Are you suggesting you can’t tell the difference between a 30-year-old man who shaved his pubes and a pre-pubescent 11-year-old boy who doesn’t have any pubes to shave? Because if you can’t, BLIM, you shouldn’t be having sex with anyone.

OK, wherever you are right now, BLIM, I’m sure you’re saying, “Of course I can tell the difference!” To which I would respond, if it’s unfair for me to suggest you can’t tell the difference between a 30-year-old man and an 11-year-old boy unless there are pubes present, it’s unfair for you to suggest that adult men who shave their pubes are trying to pass themselves off as pre-pubescent boys. (And why would they do that? To attract pedophiles who can’t tell the difference?) You can make your preference for hairy adult crotches clear to potential sex partners without impugning the motives or tastes of people who prefer to keep their adult crotches shaved or trimmed.

P.S. I get a lotta unsolicited dick pics in my line of work — not complaining, just saying — and half the dicks I see in any given week have pubes. So, there are plenty of naturally hairy guys out there for you to choose from, BLIM.

I've been hooking up with someone for a while. It's been OK, but not great, and I don't want to do it anymore. She's perfectly good people, very friendly, but we’re only fuck buddies and I’m not enjoying fucking that much. How can I end this nicely? A person can say, “Hey, it's not you, it's me,” when breaking up with a romantic partner. Somehow saying, “Hey, I don't want to do this anymore,” to someone you’re just boning seems almost cruel, like I'm saying, “Hey, you suck in bed.” Do I need to make up a white lie? I'm in an ENM marriage, so I could say, “My partner wants to close things up for now,” but I kind of hate lying.

—This Is The End

I’m a 29-year-old queer boy with a language question for you. I LOVE seeing other people piss. Pissing at a urinal, pissing their pants, pissing in the tub, pissing on me. However, when I say to people, “I have a pee fetish,” invariably the response I get is, “I don’t want you to pee on me.” I don’t want to pee on them! That literally does nothing for me! I’m only interested in other people pissing on or near me! No judgment on people who vibe with that, as my fetish relies on those wonderful people. But I’m just not turned on by my own piss. So, my question is, can you think of separate words or labels to better distinguish between people who like to pee on, people who like to be peed on, and people who like both?