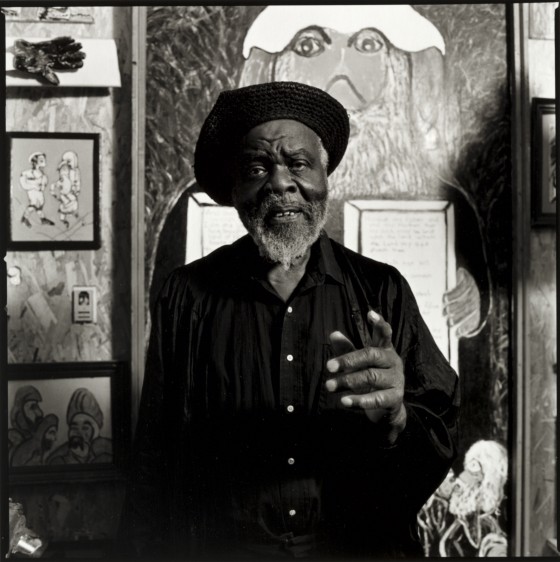 “Albert Wagner found God and art at a gas station in Cleveland. Today, he is one of the most highly regarded outsider artists.” - Nik Cohn, Time Magazine, 1998

Long-simmering plans for a museum dedicated to the work of legendary Cleveland outsider artist Albert Wagner became more concrete this week as Bonita Wagner Johnson and Alenka Banco Glazen announced that the Glazens will donate a building in Collinwood as the home of the museum, which they hope to open in September 2023.

The original plan was to preserve Wagner's home, studio and church on Lakefront Avenue in East Cleveland, but that property, where he lived until passing away in 2006 at the age of 83, was in serious disrepair and in need of significant work.

“Is this about renovating a house or is it about the artist and his work?” Johnson and Glazen were left asking themselves as time kept going by.

“It was during a recent visit to the Ogden Museum of Southern Art in New Orleans that I had my own revelation. The Ogden Museum was built upon the founding donation of more than 600 works from New Orleans entrepreneur and philanthropist Roger H. Ogden. Legacy gifts are common when planning a trust and the Wagner Museum was part of our estate planning,” Alenka Banco Glazen said in a statement. “I asked my husband, Alan Glazen if we want to have an impact now or after we are gone? I just blurted out that we should donate our building to the museum. It has new electric, heating, cooling, security system and roof. It’s turn-key! He looked at me and said, ‘Ok let’s do it!’”

The museum will be housed at Aspinwall Ave. in a 4,300 square-foot commercial building. There is potential for expansion and the possibility of adding a parking lot. Early plans also call for  the conversion of the garage into a storefront, which would serve as a separate gallery space primarily featuring the work of other self-taught artists and a museum gift shop. In homage to outsider artists, they’d also like to display an outdoor interactive sculpture inviting the public to contribute to it.

"The museum will be an anchor for new development on E. 152nd that unifies North Shore Collinwood and Collinwood Village and all it has to offer, especially since E. 152nd and the Waterloo Arts District connect within less than a mile of each other," said councilman Mike Polensek.

Ward 10 councilman Anthony Hairston called the museum "an enormous leap forward in the inevitable future of our area of Collinwood to be a major attraction in our city. This will herald our arrival at being a district for all, giving voices to the great artists, artisans and entertainers of our district."

Born in Bassett, Arkansas in 1924, Wagner worked in cotton fields carrying water for pickers and moved to Cleveland in 1941 with his family, working as a dishwasher before starting his own furniture moving company. On his 50th birthday, he experienced what he called a “divine revelation” that he was destined to become an artist. He continued to make art throughout his life.

Globally recognized  as a visionary artist, Wagner left behind more than 3,000 paintings and sculptures when he died. When his house was condemned by the city, local benefactors stepped in to preserve his legacy. That legacy will now have a permanent home.

The Wagner Museum of Art is a 501c3 and is scheduled to open on September 1, 2023, the 17th anniversary of the artist’s death. The Glazens’ donation will spearhead an endowment fund committed to ensuring the sustainability of Wagner Museum.

There is also an ongoing Bricks & Mortar Campaign. All donations are 100% tax deductible and directly support any necessary construction, signage and museum displays/installation. Please visit wagnermuseum.org to donate.