‘Creem’ Magazine is Returning as an Expanded Universe of Print, Podcasts and More 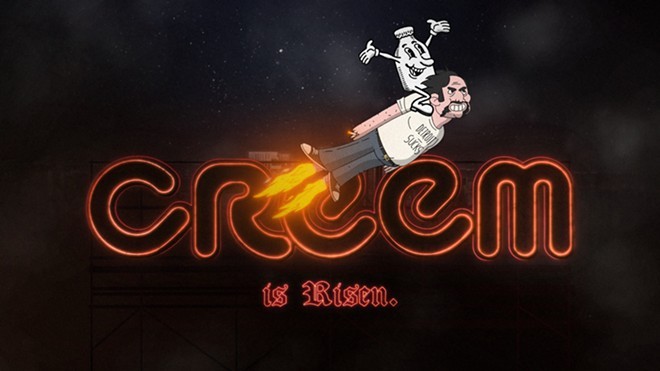 Courtesy of Creem Entertainment
Boy Howdy is back.

The rock 'n' roll magazine Creem, founded in Detroit in 1969 and known for its writers whose over-the-top personalities rivaled those of the stars they covered, has officially returned — for real for real, this time.

The new chapter of the iconic music publication cheekily billed as "America's only rock 'n' roll magazine" launched online at creem.com on Wednesday. The new Creem features a quarterly print edition for subscribers as well as online content, including digital access to the magazine's original 1969-1988 run — 224 issues and more than 69,000 articles, scoured from an archive amassed over the years from collectors, garage sales, and eBay.

It's not the first time the publication, which was once the No. 2 rock magazine in the nation after Rolling Stone, has attempted a comeback. Following the death of publisher Barry Kramer in 1981, who co-founded the magazine in Detroit's Cass Corridor, the company was sold, briefly returning as a website in the early 2000s under new ownership. That led to a drawn-out legal dispute with Kramer's son, JJ, who now serves as the chairman of the newly formed Creem Entertainment.

It's a full-circle moment for the younger Kramer, whose father originally intended to leave the magazine to him when he was just 4 years old, but the magazine was sold to a new ownership group before he was old enough to fill the role.

As an adult, Kramer embarked in a career as an intellectual property attorney, which certainly helped him during the drawn-out legal battle over the rights to the company.

"I can't say that was my motivation in going into intellectual property," he says. "But it absolutely has been invaluable in embarking on this journey to get the rights back. After Creem folded, the rights changed hands a number of times, and there were a lot of interesting intellectual property puzzles to solve. So my training definitely came in handy. I wish I could say I had that foresight when I was deciding what type of law to get into. Maybe it was fate."

Summarizing the legal battle, which spanned about a decade, he says, "To put it simply, the rights are where they should be."

Once Kramer obtained the rights, among the first orders of business was the production of a documentary, the Scott Crawford-directed Creem: America's Only Rock 'n' Roll Magazine, which made its Detroit premiere at the Freep Film Festival in 2020.

"I think a really nice sort of byproduct of [the doc] is people became intrigued with the brand again, and wanted to know more about it," Kramer says. "And it certainly created some runway for us to do what we're doing now."

Kramer brought back Creem's iconic mail-order T-shirts, emblazoned with Boy Howdy, the anthropomorphic milk jug designed by cult comic artist Robert Crumb. That soon expanded into all sorts of other branded merch, including a 50th anniversary issue looking back at some of the highlights from the magazine's history.

"What I saw it as was an opportunity to fund other endeavors," Kramer says of the pivot to merch. "We had to pay the bills somehow, we had to start creating some revenue, in order to work into some other opportunities."

"He wanted to know if I would be interested in licensing him — or if you ask him, he just asked me to give him — the Creem name to put out a magazine," Kramer recalls. "It was still in the heart of the pandemic, he was bored, and wanted to do a rock magazine. I politely declined, but we struck up a conversation, and I thought he was just a super interesting character who had an unreal amount of experience working at VICE."

Martin was at VICE when it was primarily known as an edgy magazine, which owed much of its no-holds-barred sensibility and humor to Creem. Martin was brought on as a consultant, and eventually offered the role of CEO of the new Creem Entertainment.

With an infusion of investment money, Kramer and Martin assembled a new team that includes former Creem editor Jaan Uhelszki as editor emeritus, Maria Sherman (author of Larger Than Life: A History of Boy Bands from NKOTB to BTS) as senior editor, and photographer Dave Carnie — the former editor of the skateboarding magazine Big Brother and also a creator of MTV's Jackass.

Uhelszki, who is considered one of Creem's OGs, says she has been involved in the magazine's various incarnations throughout the years, with the exception of that contested early 2000s era.

"I never can say goodbye," she says from her current home in Palm Desert, California. "It was so unique. It had such a voice. And it so defined me, and most of the people I was with. It's really hard to let go when you're allowed to express yourself, to actually tell the truth, and feel like you're making a difference, that you're connecting. It's addictive. Why wouldn't you try to do that again?"

Uhelszki got her start at Creem while working in concessions at Detroit's former Grande Ballroom venue, where Creem had set up a kiosk. There, she relentlessly tried to get the Creem reps to give her a job by bribing them with Coca-Cola and candy.

Her tenacity paid off, and the magazine eventually hired her. She showed up for work the same day as Lester Bangs, the late writer who came to Creem from Rolling Stone, relocating to Detroit from California for the gig. Bangs, with his sardonic homemade "Detroit Sucks" T-shirt, has become a cult figure himself; his articles have been collected in books (his combative interviews with Lou Reed are the stuff of legend) and he eventually was immortalized in Cameron Crow's 2000 film Almost Famous, played by Phillip Seymour Hoffman. Uhelszki became an icon too, as one of the first women to work in rock journalism, even donning facepaint to join Kiss onstage for a gonzo journalism assignment.

"I think originally, we were just scrappy people without any kind of college degrees or anything," Uhelszki says. "Now JJ's really got the cream of the crop."

Kramer says he wants to maintain Creem's identity rather than trying to compete with other music publications.

"We are not trying to get into the rat race of throwing 30 articles a day, just to drive clicks and traffic," he says. "That's not the business that we're in. We're not going to sacrifice quality for scale at all."

The first print issue should land in September, he says.

"This is not your parents' Creem magazine," he says. "It will certainly have similar sensibilities and instincts, and it will pay homage to OG Creem, but it's going to be a different book."

Uhelszki adds that while it will feature classic rock artists, it is more about capturing the essence of rock 'n' roll than devotion to certain bands or even guitar-based music.

"I think the death of Creem would be nostalgia," she says, adding, "You don't just want to cover a bunch of 70 year olds who look like 70 year olds."

Says Kramer: "The way we've been talking about it, it's like Creem's going from back of the toilet to middle of the coffee table — but still with that back in the toilet sensibility."

One aspect of the old Creem magazine that aged like curdled milk is its sophomorish, boomer-era humor, which often relied on misogyny and homophobia for punchlines. Kramer says that will remain in the past.

"There were very clearly things that were written in Creem in the '70s that weren't OK then, and it's certainly not OK now," he says. "We had some discussions internally about how we wanted to present the archives. Certain brands take different perspectives on their past. Some brands scrub that kind of stuff, but we made a determination that we're presenting it, warts and all, because I think that's important."

He adds, "I'm confident that we have a team in place that's able to still strike a level of irreverence and fun and snarkiness."

Kramer says Creem will maintain its editorial integrity with a model that does not rely on advertiser dollars or clicks — hence "Creem Entertainment."

"That was kind of our starting point, like, how can we build this thing, where we can actually have an opinion, and a perspective, and take some creative risks?" he says. "We're positioning Creem not as a media company, and not as a publishing company, but as an entertainment company. And the big distinction being that media companies, their model is really to aggregate eyeballs and sell them to advertisers, whereas entertainment companies are positioned to build long-term relationships with their audience around storytelling and various experiences."

To that end, Kramer envisions a sort of Creem expanded universe of exclusive merch drops, podcasts, TV shows, graphic novels, and even its own music festival.

"We're embracing our analog spirit in the magazine, which is going to be sort of the heartbeat of Creem Entertainment, but from that magazine, there's going to be lots of different opportunities to spin things off into different channels," he says. "What it's going to create is this whole ecosystem of different ways that you can interact with our brands. Not everybody's going to subscribe to the magazine, and that's OK. Maybe they just check out the website, or maybe they listen to the podcast, or maybe they buy a T-shirt. ... There's so much opportunity there that can be sprung from the pages of the magazine."

That will also allow Creem the freedom to cover rising or obscure artists, he says.

"We can talk about shit that actually matters, even if nobody's heard of it yet," he says. "That's a big problem out there, is nobody's talking about these really cool bands, but just because it's not getting the clicks, that doesn't mean that their music isn't any good. It means that nobody's willing to take the risk to talk about them."

Its team is scattered across the country, from New York to California. But Kramer and Uhelszki, who both grew up in metro Detroit, say they hope to maintain the brand's Motor City roots.

"I think it's still a little Detroit centric," Uhelszki says. "I think that that spirit of Detroit is still there, even though I think it's probably only JJ and myself."

Like the original Creem team, who at various points lived and worked together in a sort of commune, Kramer says the new team shares a passion for the project.