"They have failed and need to be replaced," the Republican said in his proposed DCFS plan. 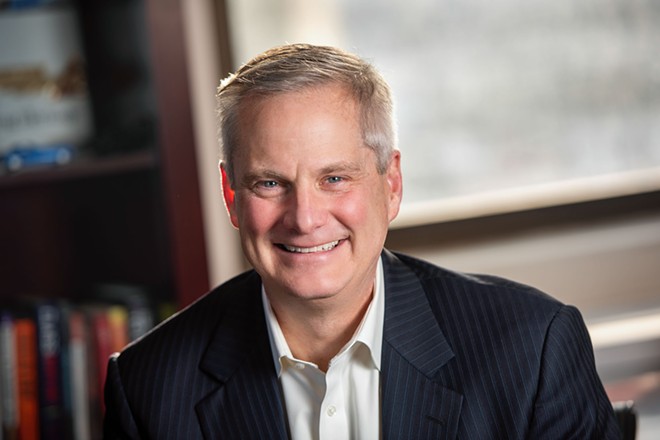 Republican candidate for Cuyahoga County Executive Lee Weingart has released a four-point plan to respond to an emerging crisis at the the County's Department of Children and Family Services.

County social workers described in public comments last week an atmosphere of chaos and menace at the Jane Edna Hunter Social Services Center, the office building where youth in the county's custody are housed. Speaking through tears, they said that threats of violence toward staff and criminal activity, including prostitution and rape during unsupervised leave, were rampant. Cleveland.com broke the story.

In a release earlier this week that detailed his planned response, Weingart said the dangerous conditions at Edna Jane Hunter had developed in recent years as a result of the county's fiscal intransigence. Back when he was a county commissioner in the 90s, he said, there were 10 residential facilities for youth in the county's custody. Today there are only four.

"There is space available to house the youth in residential cabins that were designed to care for troubled youth," Weingart said. "The county simply refuses to set a high enough reimbursement rate to allow local private providers to hire staff and cover residential treatment and support costs."

Weingart accused the county of paying higher rates to send troubled youth to private providers outside of its jurisdiction, including out of state, thereby removing any subsequent controversy from the public eye.

That's a practice—sending youth outside of the county—he said he would "drastically reduce or eliminate" as county executive. But the first order of business, in his plan, was working with residential providers and foster care agencies to increase reimbursement rates that enable them to appropriately staff their facilities and accommodate the county's youth.

Unlike Ronayne, though, Weingart has proposed removing leaders at the county's health and human services department, whom he believes have failed in their duties and need to be replaced. (Weingart hazarded to suggest that this was the key distinction between his plan and Ronayne's. Ronayne proposed a "crisis committee" made up of local and national experts to devise long-term solutions.)

"We need senior leaders who find solutions to challenges, not excuses for failure," Weingart said. "I will look outside Cuyahoga County government, and outside Cuyahoga County if necessary, to find thought and action leaders in children’s protective services to help restructure HHS and DCFS and ensure better support for youth at risk in the county’s care and for their families."