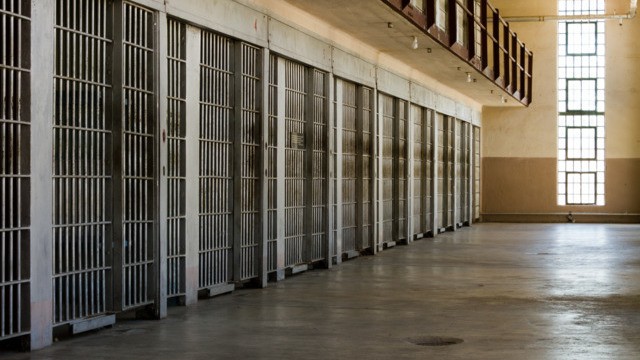 If there’s a way to make the death penalty nonarbitrary and nondiscriminatory, the United States hasn’t found it, a group that studies capital punishment said in a report released Tuesday.

Last month marked the 50th anniversary of the U.S. Supreme Court decision Furman v Georgia. It effectively put the death penalty on hold after the court found that it amounted to cruel and unusual punishment when applied in an arbitrary or discriminatory manner.

In 1977 — after the high court approved some new state death laws — executions resumed, with Gary Gilmore dying in front of a Utah firing squad.

The Washington, D.C.-based Death Penalty Information Center has spent the past five years building a database containing every one of the 9,737 death penalty convictions between the time they restarted in the United States and Jan. 1, 2021. It came to a stark conclusion.

“After 50 years, the data show a wasteful punishment, incompetently applied and beset by arbitrary factors such as race, place, and time,” Robert Dunham, executive director of the Death Penalty Information Center, said in a statement accompanying the publication of the database.

Perhaps most striking is the evidence the group cites of the shoddiness of many death penalty prosecutions.

At least 189 Americans who have been sentenced to death since 1973 were later exonerated, meaning that at best, the criminal-justice system got it wrong once for each 8.2 people who were executed.

In Ohio, the numbers are even worse. The 11 exonerations mean one wrongful conviction for every five that have been executed since Ohio restarted the death penalty.

Since he took office in 2019, Gov. Mike DeWine has delayed executions, first after a federal judge declared that the state’s execution method itself amounted to cruel and unusual punishment. Then, amid questions that Ohio was improperly getting drugs used in the death chamber, DeWine has delayed all subsequent executions, saying the state can’t get the drugs.

According the Death Penalty Information Center, the data show that executions that have taken place in Ohio and elsewhere have been discriminatory.

Just over 13% of the U.S. population is Black, but 41% of the death sentences handed down over the past half-century have been against Black people and 34% of those actually executed were Black.

In Ohio, Black people also make up 13% of the population, but they’re even more overrepresented on death row, making up 54% of the 465 to receive death sentences in the modern era. They also make up 34% of the 56 executions that have been carried out.

Another way to detect possible discrimination in the application of the death penalty is to look at the race of the victim. By that measure, capital punishment also hasn’t been applied equally, according to the Death Penalty Information Center.

It added that 3.2% involved Hispanic victims.

Both death sentences and executions have been declining since their peaks in the late 1990s — both because of technical problems administering it and because of declining popularity. Dunham said the numbers gathered by his organization show criminal justice systems across the country have been unable to overcome the hurdles the Supreme Court identified in 1972.

“The court said America wasn’t able to administer the death penalty fairly or reliably a half century ago,” he said. “The data show we still can’t do it today.”