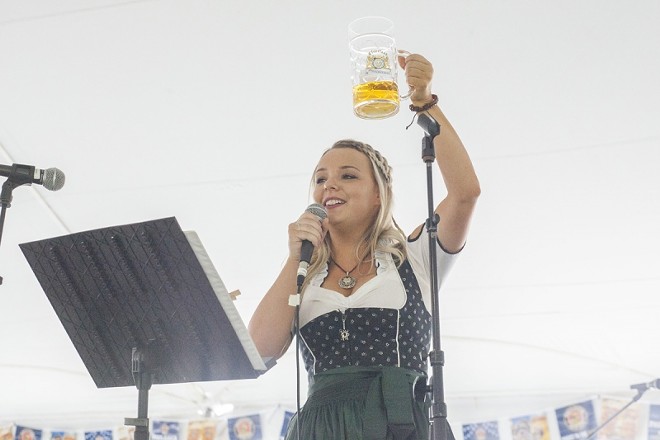 “Get ready to soak in the culture as you celebrate this annual German event with more than 100,000 people expected to be in attendance,” said Adam Roggenburk, CEO of Heritage Productions. “This event is all about bringing awareness to European heritage, and there’s nothing better than watching the community join together at what has become one of the most sought-after, city-wide celebrations.”

In addition to 20 different Oktoberfest-style beers, there will be 15 German and European restaurants, the Bavarian Shopping Village, beer-stein holding contests, wiener dog races, music, dancing, and the crowing of Miss Oktoberfest.

General admission tickets are $16 at the box office. Pre-purchase tickets are also available.

The dates and times are as follows: